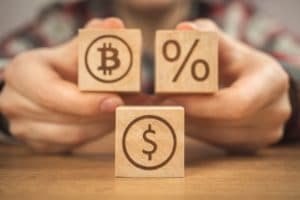 A new bill from Senator Cynthia Lummis, dubbed by many as the cryptocurrency queen due to her familiarity with the industry and having personally invested around $200,000 in Bitcoin, is attempting to get crypto taxation changed in the United States.

Conservative Senator Lummis would like to reduce taxation on cryptocurrencies by establishing a no-tax zone for transactions under $600, arguing via Twitter that a more inclusive approach to the financial system needs to be approved.

We ought to foster a more inclusive financial system. You can’t do that by miring new entrants (especially the young, underserved or unbanked) in mountains of reporting and compliance. Thus a provision to eliminate taxes on digital asset value delta for small purchases < $600. https://t.co/u2ONmVVkMd

Senator Lummis’ assistant, Tyler Lindholm, said in an interview that the ‘Responsible Financial Innovation Act‘, which is still being drafted, should provide greater clarity to the crypto sector.

One of the main goals of the bill would be to provide more guidance on the issue of capital gains from mining, staking and spending cryptocurrencies.

Indeed, it has been stated that:

“What we are really looking at is the integration of digital assets into the tax system”.

What would change from current taxation

The issue is very sensitive following the passage of the Infrastructure Bill which would subject the cryptocurrency sector to a harsh taxation regime. According to the bill, capital gains in cryptocurrencies will also be taxed even if not yet realized.

In addition to the no tax area, the bill would clarify that capital gains do not apply to “productive” activities such as mining or staking precisely because the asset is not being sold.

“The current grey area is that you could accumulate a taxable event on capital gains under proof of participation as it stands right now, even if you’re just delegating”.

US politicians and cryptocurrencies

Lummis is not the only politician to have embraced blockchain technology and cryptocurrencies. Other senators, such as Patrick J. Toomey and Ted Cruz, have bought cryptocurrencies and are working to propose cryptocurrency-friendly reforms.

Some candidates are even running on pro-crypto platforms, a move that seems aimed more at collecting donations from the nascent tech field than getting votes, given that only 16% of US adults claim to have ever used it.

Meanwhile, the mayors of the cities of Miami and New York decided in December to have their salary paid in crypto.

Senator Lummis believes her bill could curb much of the illegality surrounding several crypto-related projects, providing regulatory clarity and allowing the ecosystem to grow in a regulatory framework similar to the one that currently controls securities and commodities.