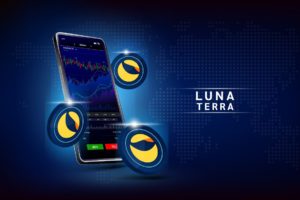 Terra has overtaken Ethereum in terms of total value of staked assets. This is revealed in a chart provided by Staking Rewards.

According to this chart, the blockchain with the most staked assets is Solana, which has $31 billion in staked value. It is followed by Terra, with 29 billion, and then Ethereum 2.0 which has $24 billion in staking.

Terra’s overtaking of Ethereum is due to Terra’s sudden increase in value. In fact, the LUNA token gained a further 4% today on a largely flat day for the crypto market, rising to $93. In one month, LUNA has doubled in value from about $48 to its peak of $104 (ATH, reached on March 9). This surge has also increased the value of staked assets.

Ethereum 2.0, the Beacon Chain on which staked Ether are deposited while waiting for the transition to the PoS consensus system, currently has more than 10,000,000 staked ETH, which multiplied by the current value of ETH ($2,580) gives a value of more than $25 billion.

Ethereum is about to switch to PoS

The rise of Terra (LUNA)

But what is behind this rise of Terra? According to many, the DeFi project is expanding by leaps and bounds. According to DefiLlama, it has a TVL of USD 17.7 billion. The protocol with the highest TVL is Anchor, which recorded a 60% increase in assets deposited in one month. However, this is a double-edged sword. Since Anchor has 73% dominance, all it takes is one flaw in this protocol to bring everything down.

It’s not high on the agenda, but it’s definitely something to keep in mind for Terra’s soundness.

Ethereum and the move to PoS

Ethereum is not following Terra’s rally and is moving significantly slower. In these days of ups and downs in the crypto market, the second cryptocurrency by capitalization is struggling to break away from the support of $2,500 and leap upwards, with a first psychological target at $3,000.

In the meantime, the number of ETH staked on the Beacon Chain is on the rise, having reached just under 10 million units just a few days ago and now exceeding that figure.

The main difference with other forms of staking is that ETH staked on the Beacon Chain cannot be withdrawn until the blockchain becomes fully operational.

In contrast, assets staked on Terra can be withdrawn.

However, the growth in the number of ETH staked shows the community’s confidence in the new consensus protocol that is waiting to be launched.

The post Terra has overtaken Ethereum in staked assets appeared first on cryptodailynews24.com.