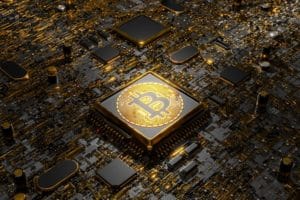 The European Parliament’s ECON committee has rejected the idea of including in the MiCA the possibility of issuing a ban in the EU on cryptocurrencies with the PoW algorithm, thus on Bitcoin.

What happened in the European Parliament

Explaining the facts is Patrick Hansen of Unstoppable DeFi on Twitter:

BREAKING: The ECON committee of the EU Parliament just voted against the de-facto POW-ban: 32 against, 24 in favor.

Will share a breakdown of the vote and what’s next here in this thread. #Bitcoin

According to his account, the amendment that would have introduced a ban on Bitcoin, effectively banning cryptocurrencies with a Proof of Work algorithm, was rejected with 32 votes against and 24 in favour.

However, an amendment by MiCA proposer Stefan Berger calling for cryptocurrency mining to be included in the EU Sustainable finance taxonomy, another draft regulation that would force those affected to adopt green systems, was passed. This would (in theory) have no impact on trading activities.

The next step for the MiCA law on cryptocurrencies in Europe

At this point, the MiCA bill continues on its way, but without the elements related to cryptocurrency mining and Proof of Work. The law in fact deals with the regulation of financial instruments and service providers, which is why it was decided that the issue of the PoW ban should be dealt with differently.

The European groups that voted in favour of banning the PoW could block this procedure and bring the discussion to a plenary meeting of the European Parliament, but this would require a request from at least 1/10 of the MEPs.

This would have pros and cons, as explained by Hansen:

“That would bring the discussion around POW into the high-level policy arena. As we can’t predict how that would play out, it should be prevented. Even if it doesn’t change the vote on POW, it would unnecessarily delay the regulation for at least a couple of months”.

Bitcoin, the ban on PoW in the EU is not over

Patrick Hansen in his tweet feed also explains that the issue of the PoW ban isn’t over yet, as it will be discussed in the proposed EU Sustainable Finance Taxonomy regulation or in the one for data centres.

But what we saw today is unquestionably a victory that also marks how the crypto community in Europe has become stronger.

“First stage victory for #MiCA in committee! By adopting my proposal, the members have paved the way for a future-oriented crypto regulation. Now we have to adopt the report as a whole in the final vote & send a strong signal for innovation”.