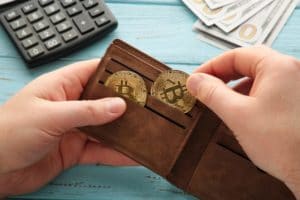 Block: the Bitcoin wallet without display and with fingerprint is causing a stir

Block has released new updates on the hardware Bitcoin wallet it is developing: it will have a fingerprint sensor and no display. The community didn’t like that.

Block: news about the Bitcoin wallet

As explained in the dedicated blog post, Block’s wallet will be a combination of two elements: an actual hardware wallet and an app to interact with it. In fact, from what emerges, the most important part will be the app. The hardware part will only be used to authorize the most important transactions. This is where the use of the fingerprint comes in, replacing the PIN, seed phrase and other methods required by hardware wallets.

The advantage will be that the hardware wallet will become unusable without the actual owner. The risk of forgetting PINs and seed phrases is also eliminated. It is also guaranteed that the “trace” of the fingerprint will never leave the wallet. In other words, it will not be shared elsewhere. And if this approach is not appealing, Block is working to develop an alternative, listening to the community.

Another feature of the wallet is that it will not have a display. This choice is justified by the fact that the app will be the core of the wallet and not the device itself.

Finally, it will have a USB-C charging port.

The post concludes by asking the community what they think of the wallet and the comments were not slow in coming.

Block is developing a hardware wallet

“There must be a dedicated screen to verify transactions on a secure device. Not to mention the #DeepFingerPrint vulnerability”.

Others point out that it resembles the Yubikey wallet, so it’s not really new.

However, the most critical comments are about using a fingerprint. Because, a fingerprint is a bit like putting a first and last name. In short, the wallet is neither anonymous nor secure.

“Biometrics (fingerprints, your face, your gate, your eyes and iris patterns, your speech patterns) are usernames, not passwords. Everyone has access to them. They are not secret. You can copy and reproduce them”.

“I get trying to make things easier for mass adoption. I like a fingerprint for ease of use, but that does come with a security tradeoff though. And if I’m being honest, that’s more important to me than ease of use”.

Basically, the community does not seem enthusiastic about the announced changes. However, Block has guaranteed that they will listen to users’ opinions. It looks like they are going to have to make a serious change to the project, because as announced, the hardware wallet is unlikely to make inroads into a market already dominated by Ledger and Trezor.

The post Block: the Bitcoin wallet without display and with fingerprint is causing a stir appeared first on cryptodailynews24.com.