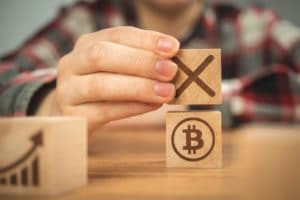 Today the ECON (Economic Policy Committee of the European Parliament) will vote on the draft amendment to the European Union’s cryptocurrency regulation (MiCA).

Within it is an amendment that could lead to the banning of Bitcoin.

The amendment to ban Bitcoin in the EU

Despite the fact that a few days ago the author of the draft, Stefan Berger, revealed that he had removed the part of the text dealing with the energy consumption issues of Bitcoin’s Proof-of-Work (PoW), a last-minute amendment has surfaced that would reintroduce it.

Berger filed the final draft a week ago, but the amendment was only proposed in the very last days.

This amendment was not proposed by Berger, but by a former MEP, also German, named Sven Giegold.

On the one hand, it is very likely that the draft proposed by Berger was designed specifically to get the votes to be approved by the Commission, and indeed a positive vote on it is expected.

On the other hand, Giegold’s amendment, along with other similar amendments, has probably only been added in the hope that by some strange combination it will be passed due to “distraction”. Indeed, it is believed to be so unlikely to be passed that crypto markets reacted very little to the news of its introduction yesterday.

The path of the bill

It is also worth adding that today’s vote is not that of the European Parliament, the only one capable of approving new legislation or changes to existing legislation, but of one of its committees.

Today’s vote will be on a draft amendment to the regulations which, if approved, will require a further vote by the full Parliament before it can come into force.

Furthermore, in the unlikely event that the amendment against Bitcoin is passed, the text that will be proposed to the Parliament will also contain a proposal to ban Bitcoin from European exchanges, or those providing services to EU citizens.

In that case, the chances of such a text actually being approved by the parliament are greatly reduced.

So either Giegold’s idea was to hope for some kind of “miracle”, with the anti-banning Commission accidentally voting down his amendment, or it could be an attempt to sabotage the whole process of the bill. Alternatively, it could also just be a propaganda move to gain some support for his name.

The post The MiCA amendment on the Bitcoin ban has little chance of being passed appeared first on cryptodailynews24.com.