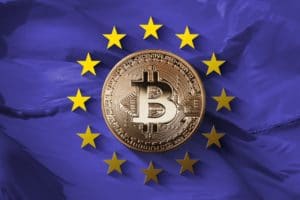 MiCA law that could ban Bitcoin voted on in European Parliament

The cryptocurrency bill, Markets in Crypto Assets (MiCA), presented by a coalition led by Stefan Berger, which was due to be voted on Monday 28 February and has been postponed by a fortnight, reaches the European Parliament.

The MiCA bill to be voted on in the European Parliament

The bill would be linked to regulating cryptocurrencies that use the Proof of Work system, such as Bitcoin and Ethereum, because of their excessive energy consumption.

This fact, as explained by the first signatory of the law, the German Cdu MEP, economist Stefan Berger, could suggest that the two most famous and important cryptocurrencies could be banned.

In announcing the postponed vote on 28 February, through a tweet on his profile, he said that:

“individual passages in the draft report can be misinterpreted and understood as a ban on the two cryptocurrencies”.

At the same time, what seems clear is that both the Green and Socialist parties would be in favour of a law, which in some way limits the energy consumption of Bitcoin and Ethereum. The two parties, which together make up almost the majority of the parliament, would also be ready to vote for a ban on the two cryptocurrencies if a suitable solution is not found, as admitted by the German MEP himself.

“The Greens and Socialists, as you can imagine, are criticizing the proof-of-work concept and criticizing the energy use, saying that bitcoin needs more energy than the Netherlands”,

Berger said in an interview with CoinDesk in February.

The EU could ban “unsustainable” cryptocurrencies

A ban on “unsustainable” cryptocurrencies

The problem would be linked to a paragraph in the law that would establish a ban by 2025 on creating, selling or trading crypto assets within the EU if they use “environmentally unsustainable consensus mechanisms”.

This has clearly triggered a reaction from the crypto community, which is concerned that if the bill is passed, it could ban many cryptocurrencies within the EU within a few years.

We at Ledger will always defend freedom and self-custody, particularly in our backyard.
We are calling on you all to contact your Member of European Parliament and let them know that you oppose a Bitcoin ban in Europe: https://t.co/KXsEfi468i https://t.co/yZlaRZ97Aa

The CEO of Ledger, a French company that makes cryptocurrency wallets, Pascal Gautier, was one of the first to raise the alarm via Twitter about the risks to cryptocurrencies from the upcoming vote in the European Parliament.

However, according to Patrick Hansen, Head of Strategy & Growth at Unstoppable Finance, developer of a DeFi portfolio, MEPs will vote on two suggestions and one of them “does not include a ban”.

According to Hansen, the scope of a vote that would be much less restrictive than some think is being exaggerated, not least because the majority of parliament would not be so granitic on a hypothetical future ban:

“There seems to be a very slim majority against the ban at the moment, but that is to be defined”.

The post MiCA law that could ban Bitcoin voted on in European Parliament appeared first on cryptodailynews24.com.