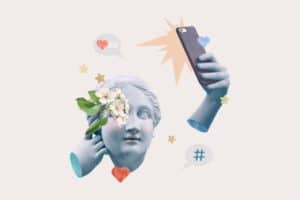 Italy: who are the TOP influencers in the NFT world?

The world of NFTs is in continuous expansion. Non-Fungible Tokens are the new frontier ready to be applied in many areas, not only in the art world. NFTs can be found in the world of music, gaming, fashion and so on. At this point, we need to ask ourselves which are the relevant figures in the sector we should be following: who are the top Italian influencers in the NFT world?

Federico Clapis in the lead among the top NFT influencers

If we consider the Italian scenario, one of the most influential and prominent figures is certainly Federico Clapis, an artist who is now well known in the world of “traditional” and digital art.

Last September, after digitizing his work “Tank Fish” (created as part of an environmental awareness project), Clapis managed to sell it for a very attractive price – around 70,000 euros.

According to recent research by influencer marketing agency Flu Plus, he is one of the top 10 NFT & crypto art influencers by engagement rate.

The three most influential are:

Interviewed for this report, Clapis comments on this new way of creating art with NFTs:

“From the outside, this world can often look like just a speculative play for creatives who like to market images. The thing that not everyone knows is that there is often a real passion among collectors. It is a far more ‘romantic’ journey than people think, a very cohesive community united by a thirst and desire to see the future come true”.

Data on NFTs in Italy

The data also shows that most of the active users in this new sector are men, with around 62% being males aged between 25 and 34.

Statistics aside, the Italian market is full of great artists such as Emanuele Dascanio, Matteo Mauro, Andrea Crespi, Giuseppe Veneziano and so on, who in recent months have also scored NFT sales of several tens of thousands of euros on Foundation and SuperRare.

Are NFTs a bubble?

In the crypto world there is often talk of bubbles, hype and FOMO (Fear of Missing Out) and sometimes NFTs are also labelled as yet another passing fad.

Those who argue this probably do not know that the first experiments in terms of art on blockchain date back as far as 2014 and that even in 2017 there were projects that congested Ethereum’s network due to the numerous exchanges (see CryptoKitties). Consequently, one can well understand how this 2021/2022 is not a fad but a normal technological evolution.

In this regard, the artist Dangiuz also commented, explaining that many Italian and international galleries and museums have entered this sector, a sector that is here to stay:

“Once the embryonic phase of ‘it’s just a trend!’, ‘it’s just a bubble’ has passed, and with a bit of settling down to let the initial scepticism pass and clear up the big fuss about what an NFT actually is (technology that can be used in so many ways and areas), there can eventually be room to focus on how physical and digital can both make use of this new technology. For example, many museums and galleries, both in Italy and abroad, have already welcomed with open arms initiatives concerning exhibitions and shows by digital artists”.

The post Italy: who are the TOP influencers in the NFT world? appeared first on cryptodailynews24.com.