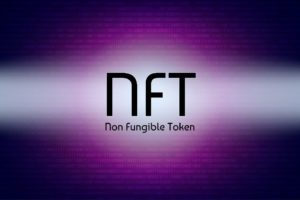 Among the first available cards of DC superheroes and supervillains are characters from “The Batman,” whose film debuted earlier this month.

Yesterday, Cartamundi shared the announcement of the launch of the new hybrid NFT trading cards to its followers:

Today, together with @warnerbros, we are launching DC Hybrid Trading Cards by @hro. Read more in our release: https://t.co/yehs94l1to pic.twitter.com/jMT00URezF

“Today, together with @warnerbros, we are launching DC Hybrid Trading Cards by @hro. Read more in our release”.

Basically, using the Hro app, a new platform that combines the physical and digital worlds, fans will be able to unlock the DC multiverse and collect, trade and purchase the first DC-based NFT hybrid trading cards featuring their favourite DC superheroes and supervillains, including DC characters from the new action movie “The Batman”.

There will be a unique QR code on each DC Hybrid Trading Card from Hro that links the physical card to its digital “twin” on the Hro app. Once connected, the Hro app gives buyers access to a 24/7 global marketplace to buy, sell and trade their way to a complete collection.

Speaking about this, Stefaan Merckx, CEO of Cartamundi, said:

“Cartamundi is excited to partner with Warner Bros. Consumer Products to bring a new breakthrough hybrid physical and digital fan engagement platform and solution, Hro, to market. As a company, we’re committed to bringing our partners and fans global unprecedented experiences and innovative solutions.”

Under this formula, fans will be able to own a physical trading card with an NFT component, bringing the blockchain along with the physical in-store presence.

Pam Lifford, President, WarnerMedia Global Brands and Experiences, had the following to say on the matter:

“Trading cards have been a favorite of fans for decades. Combining that enthusiasm for collecting with a custom NFT is just brilliant, and this program brings the DC brand to fans in a way that’s never been done before. This platform will provide fans a whole new way to engage with their favorite characters from across the DC Multiverse and even expand their ability to interact with other collectors”.

Hro’s physical DC Hybrid Trading Cards will go on sale at Walmart online shops, Amazon (US and UK) and at shop.hro.gg. Physical trading cards will start at $4.99.

Immutable is now worth $2.5 billion. Warner Bros. and its history with NFTs

Immutable’s platform, on which Hro’s new DC Hybrid Trading Cards are also minted, recently announced that it had closed a $200 million Series C round of financing, which has resulted in the NFT startup being worth an impressive $2.5 billion today.

While Warner Bros, America’s multinational media and entertainment company, is not the first time it has dived into the NFT world. Last November 2021, Warner Bros launched its first 100,000 Matrix NFT avatars, inspired by the film “The Matrix: Resurrections”.

Purchasers of the avatars could transform them by taking a ‘red pill’ or a ‘blue pill’.

The Matrix NFT project followed another limited-edition NFT collection launched by Warner Bros. together with Nifty’s featuring characters from the “Space Jam: A New Legacy” film.