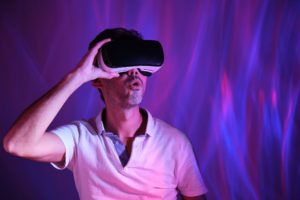 Today Deloitte published a press release on its official website warning that its retail metaverse is going online.

The company says it is building a metaverse environment for the shop of the future, aimed at the Middle East region.

Consumer and Retail Leader at Deloitte Middle East, Hosein Moghaddas, reveals that with the pandemic, retailers in the Middle East and around the world have had to adapt and change their strategies to remain competitive.

“The surge in online retail is only going to continue to grow into the future. Add in the metaverse and the retail landscape is facing the biggest disruption it will likely experience in the coming decade”.

CEO of Terra Virtua (a British start-up developing its own metaverse), Jawad Ashraf, says that this offers a whole new market for brands, but they should not interpret these digital objects and identities as something purely formal without substance.

In fact, he reveals that they will provide utility in the future, such as NFTs that can be completely unique and provide proof of ownership through blockchain technology.

Digital ownership is still a relatively new concept nowadays, “but in the metaverse it will become the norm”.

“It’s great to see companies such as Deloitte demonstrating the possibilities that the metaverse can create for brands. How we are represented digitally through social media and in virtual environments, has become a key part of our identity. It won’t be long before our identities as individuals will be expressed through personalised avatars, unique virtual environments and digital items such as clothing or ‘skins’ in the metaverse”.

It is worth noting that Deloitte Touche Tohmatsu is the world’s largest consulting and audit services firm by revenue and headcount. It is part of the Big Four, together with EY, KPMG and PricewaterhouseCoopers.

In particular, Deloitte has a strong focus on IT consulting, so much so that part of its core business consists of services such as the provision of IT applications, processing of management commands, and management of risks arising from IT security.