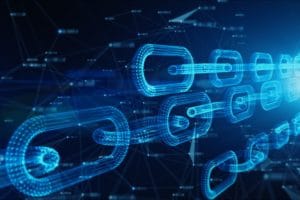 Blockchain in the Italian legislation

In the world of cryptocurrencies and blockchain technology, not many people know that in the Italian legislation, a specific regulatory definition of the concept of DLTs (Distributed Ledger Technologies) and the concept of smart contracts was introduced as early as 2018.

The definition of smart contract in Italy

“satisfy the requirement of written form after computer identification of the parties involved, through a process having the requirements set by the Agency for Digital Italy with guidelines to be adopted within ninety days from the date of entry into force of the law converting this decree”.

Paragraph 3 of the same article also states that:

“The storage of a computer document through the use of technologies based on distributed ledgers shall produce the legal effects of electronic time validation referred to in Article 41 of Regulation (EU) No 910/2014 of the European Parliament and of the Council of 23 July 2014”.

This last provision, pursuant to the subsequent paragraph 4, is also subject to the identification of technical standards by AgID within 90 days of the entry into force of the law converting the original decree-law.

These provisions are of great value, because they grant full legal recognition (and therefore also contribute to a form of “clearance”) of the distributed ledger technologies and of the smart contracts, and transfer to the legal (and not simply factual) level what are some typical attributes of these technological tools: that of the timestamp and that of notarization.

However, as is often the case, there is a “but”: in order for the full legal recognition of the effects and certainties that the legislative standard attributes to smart contracts to take effect, the technologies used must meet certain technological standards.

This certainly makes a lot of sense: it is only the existence of certain minimum characteristics that justifies the fact that the operation of such programmes is granted the ability to generate significant and relevant legal effects that affect the opposability and reliance of third parties, but also a series of evidentiary effects.

The lack of content in the Italian law on blockchain

The deadline within which the guidelines should have been adopted, as mentioned above, was 90 days from the date of entry into force of the conversion law (thus, specifically, from 13.2.2019).

A few months later, at the beginning of 2020, the adoption of the guidelines was considered imminent, at least according to the news published by much of the specialized press. It was widely believed that the guidelines were already prepared and ready to be issued.

Since then, however, there has been no further news.

The fact is that to date, more than three years after the entry into force of the law converting DL 135/2018, these guidelines are no longer spoken of.

It is true that in the past three years, all sorts of things have happened: governments have fallen, pandemics have broken out, wars have been started that threaten to escalate into a world conflict, and even a couple of asteroids have grazed the planet.

Now, this is not about sterile controversy.

The point is that in a world that overnight has been violently confronted with the need to learn how to operate online, the possibility of using smart contracts and blockchain-based tools capable of explaining fully recognized legal effects could have been extremely useful and perhaps even make a difference.

There are companies that have developed very interesting IT products to take advantage of the possibilities offered by the law, but these have remained on the sidelines waiting for AgID guidelines.

It has to be said that the fact that the regulatory apparatus has stopped short of the goal is yet another missed opportunity.

Davide Zanichelli is aware of this: he is one of the (unfortunately, not many) parliamentarians who have demonstrated expertise and sensitivity to the issues of the crypto and blockchain world: for example, he has proposed a law to give tax regulations to virtual currencies (currently “parked” at the VI Finance Committee of the Chamber) and the initiative to create a parliamentary intergroup that deals with virtual currencies and blockchain.

On 1 March this year, the MP submitted an interpellation to the government, in which he highlighted the damage and consequences caused by this regulatory vacuum. Thus, he turns to the Minister for Technological Innovation to ask him if he is aware of the fact that after three years we are still waiting for these guidelines and asks him specifically:

“what initiatives, to the extent of his competence, he intends to take to fill this regulatory gap, also in light of the importance of blockchain in our country and internationally”.

We contacted Mr Zanichelli for a comment and some thoughts on the subject.

“In our country we often talk about cutting down on bureaucracy”, the MP notes. “The blockchain provides tools to reduce the need for intermediaries thanks to notarization on DLT and the automatic execution of smart contracts, just to mention a couple of applications. If the opportunity of this technology is not seized, we risk losing the investments that are not lacking in this sector and, what is worse, the expertise of many young people and professionals who are being courted on a global scale”.

We can only hope that a decisive impulse will be given to finally implement these legal provisions.

The real point is that today more than ever there is a need for greater awareness among the political and managerial class, which moves the levers of legislators and regulators, and to arrive at a more widespread awareness of the fact that these technologies are already a reality that has overwhelmingly overwhelmed the boundaries of a community of a few insiders, which on a global scale moves investments in the billions, which can be a valuable economic development opportunity for the country, and as such should be supported.

The post Blockchain in the Italian legislation appeared first on cryptodailynews24.com.