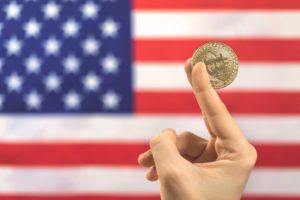 Arizona and other US states blazing their own trail with Bitcoin

Arizona, Colorado, California and other US states are going their own way, with their own laws, when it comes to Bitcoin and crypto, despite an executive order by US President Joe Biden.

While US President Joe Biden has signed the executive order for crypto regulation in the US, some states such as Arizona, Colorado and California are pursuing their own path concerning Bitcoin and cryptocurrencies.

In this sense, Arizona is renowned for the bill proposed to make Bitcoin a legal currency by Senator Wendy Rogers. The representative of the Republican Party emphasizes the difference between crypto and Bitcoin in her speeches.

Arizona Senator Wendy Rogers: There is “crypto” and then there is #Bitcoin.

“Arizona Senator Wendy Rogers: There is “crypto” and then there is Bitcoin”.

In her proposal, Rogers would like to change what the state considers legal tender and allow Bitcoin to be used to pay debt, state fees and taxes.

Following on from other states in the US, California also appears to have introduced a bill called Calderon-Porter, to make Bitcoin legal tender in the sunny state.

Some US states have their own Bitcoin and crypto policies

Arizona alongside Colorado, Ohio and Wyoming in their Bitcoin rush

In addition to Arizona and California, there are also other states such as Colorado that promise to use Bitcoin and crypto soon. Last month, Governor Jared Polis announced on Twitter as follows

We are getting a payment provider to accept crypto equivalent and deposit the dollars into the state’s treasury for that amount. It is kind of like credit card payments, with the bonus that there are no returned payments! pic.twitter.com/H8MaFV1ojE

“We are getting a payment provider to accept crypto equivalent and deposit the dollars into the state’s treasury for that amount. It is kind of like credit card payments, with the bonus that there are no returned payments!”

If the current experiment is successful, the governor will explore crypto payments for all types of payments made to the state.

Even in Ohio, the issue of adopting Bitcoin was experimented with in 2018, though it was a short-lived effort. Instead, a slower and, perhaps more forceful, approach was taken by the state of Wyoming. Here, four members of the Wyoming state legislature introduced a bill that would allow the state treasurer to issue stablecoins.

Enthusiastic reactions to the executive order signed by Biden

While this list of states, with Arizona in pole position, is blazing its own trail with Bitcoin, the federal government, via the executive order signed this week by Biden himself, seems to be exploring the sector.

In general, the leadership approach that the US would like to have in the crypto sector has attracted many enthusiastic reactions.

Like that of crypto-influencer Anthony Pompliano, who stated that the White House is looking to embrace crypto, and also Ripple CEO Brad Garlinghouse who highlighted his astonishment at the news.

Finally, US SEC Chairman Gary Gensler said he looked forward to working with colleagues across the government to achieve public policy goals while protecting investors and consumers from illicit activities.

The post Arizona and other US states blazing their own trail with Bitcoin appeared first on cryptodailynews24.com.