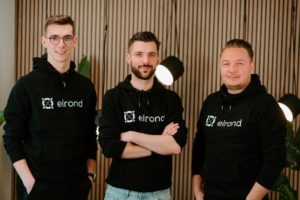 It’s official, Elrond Network, the company that is developing an extremely scalable and fast blockchain technology, has announced the acquisition of Capital Financial Services SA which operates under the Twispay brand.

Twispay is a financial institution authorized by the National Bank of Romania that provides payment services and issues electronic money.

Moreover, Twispay is one of the main members of Visa and MasterCard.

Elrond‘s goal is to increase the functionality and value of Twispay by integrating it with a fast, scalable and cost-effective blockchain technology.

Elrond, by acquiring the Capital Financial Services S.A., has thus made an absolutely strategic and smart move, succeeding in establishing itself as a connection point between traditional finance and the crypto space. Twispay is an institution that can operate within the entire EEA (European Union, Iceland, Liechtenstein and Norway)!

Elrond wants to increase the functionality and value of Twispay

Negotiations have been going on since October

The negotiation for the acquisition started in October 2021, the two parties had to start a long negotiation with the National Bank of Romania but finally, after several constructive meetings they came to the conclusion that blockchain technology plays a fundamentally important role in the evolution of finance. This is why the National Bank of Romania officially decided on 8 March in favour of the acquisition of Twispay by Elrond.

Beniamin Mincu of Elrond Network commented on the great event:

“This landmark decision from the Romanian Central Bank opens the door for EU citizens, and soon for everyone everywhere, to significantly benefit from value flowing with near-instant settlement times, at 100x fewer costs, with full transparency, and higher reliability”.

It is also worth noting that this decision comes at a particularly “hot” moment; the European Parliament is in fact trying to limit the use of energy-intensive Proof of Work blockchain networks due to their impact on the climate.

Elrond, however, maintains its “carbon negative” status by offsetting more CO2 than its own network is responsible for.

In addition, the European Commission’s proposal for a European regulation on cryptocurrency markets states that authorized e-money institutions will have the right to issue stablecoins that can be offered to the public in the Union or be admitted on a cryptocurrency trading platform.

This puts Elrond in a strategic position, allowing it to offer a sustainable infrastructure for a completely new, faster, cheaper, transparent and open payment system!