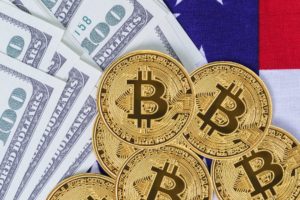 The executive order signed yesterday by US President Joe Biden breaks new ground for the crypto world, ensuring that cryptocurrencies will not be hampered, but rather will be part of a strategy and an industry where the US wants to maintain leadership. This has sparked enthusiasm in the markets and the entire community.

Pompliano: the US embraces cryptocurrencies

Expressing his excitement is of course Anthony Pompliano who wrote on Twitter:

“Every critic who told you that the government was going to ban bitcoin and cryptocurrencies was wrong. These technologies are imperative to innovation, job creation, and economic prosperity. The White House is looking to embrace the industry, not outlaw it”.

Pompliano also noted that this will lead to global competition. It’s no coincidence that Dubai has also passed a law establishing a regulatory and supervisory authority with the aim of making the UAE a crypto hub.

In short, the global challenge has begun. Pompliano explains it this way:

“Make no mistake, every government is now competing to see who will become the leader in the new digital financial system. They’ll take different approaches and use different technologies, but the game has started.Citizens are the ultimate winners here”.

Brad Garlinghouse, CEO of Ripple, also had his say:

Like many of you, I thought the Biden Admin’s EO would acknowledge crypto, but not detail specifics on next steps for regulation. However, I was pleasantly surprised & inspired by the EO acknowledging the *need* for evolution and alignment of the govt’s approach to crypto.

In the tweet feed, Garlinghouse said he was surprised that the executive order specifically mentions a need for government evolution with respect to the cryptocurrency world. He added:

“First and foremost, this is an affirmation that crypto is here to stay. Thoughtful policy involves timely input from players (and there’s a lot!) across the federal govt. I don’t want to mistake activity for progress, but this does feel like it could be a turning point”.

Ripple is paying the price of a deregulated landscape, and is waiting for the end of its lawsuit against the SEC, which accuses the company of selling securities (XRP tokens) without the proper licenses.

For Brad Garlinghouse, the executive order is a response to a landscape of arbitrary rules that threatened to undermine the development of the sector and US leadership:

“The White House finally says what we and the industry have been saying for years – if the US wants to maintain its status as a responsible tech leader, it needs to provide a clear regulatory framework for an industry that’s exploding in growth (40M Americans and counting!)”.

Ripple will play its part:

“Years of damage done by the SEC’s siloed regulation by enforcement approach can be undone through collaboration between all agencies. Ripple stands ready to educate and assist.

If we are to catch up with the rest of the world, we need prompt and decisive action ASAP”.

At Coinbase, the news was commented on by Faryar Shirzad, Chief Policy Officer, who said he was optimistic given the White House’s decision to embrace the potential of cryptocurrencies.

On Twitter, he too commented with a number of thoughts:

“First, we’re at an inflection point. Digital assets are now widely embraced by millions and there’s growing interest in it from officials across government. They’ve become an integral part of the fabric of American life. Today, the White House has confirmed they know this too”.

“Second, we applaud the White House for recognizing this as a defining moment for U.S. innovation on the world stage. It is and we need to harness our resources and entrepreneurship to lead. If we don’t support Web 3; we cede American leadership”.

It is Coinbase’s hope that this decision by the White House will produce much needed regulatory clarity for the industry. According to Faryar Shirzad, the leadership of the US will depend a lot on the policies that are put in place.

Coinbase is obviously keen to support this, as it has already done by drafting a proposal for ad hoc regulation. Because, explains Coinbase’s CPO, confrontation will be essential. And finally, he concludes:

“This is a hopeful moment. We look forward to continuing our work with regulators and lawmakers to ensure the path forward encourages public participation, protects U.S. leadership, and takes a holistic view of this transformational moment”.