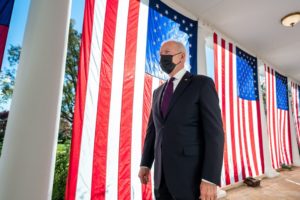 According to a White House source, US President Joe Biden is expected to issue an executive order this week requiring the Department of Justice, Treasury and other government agencies to investigate the legal and economic consequences of crypto regulation.

According to the source, who spoke to the Reuters news agency, the US president’s executive order is also expected to cover the analysis of the impact of the introduction of new digital state currencies.

This news comes after the controversy of the past few days that arose due to the possibility that the Russians could use cryptocurrencies to circumvent the sanctions imposed on the country by the international community following the invasion of Ukraine.

The war in Ukraine may have accelerated the US presidency’s decision, which was expected in early February.

This presidential executive order is expected to facilitate the work of government agencies in consultation with industry players to finally arrive at a shared regulation, to avoid the numerous lawsuits imposed over the past two years by the SEC, partly due to the legislative vacuum hovering over the cryptocurrency world in the US.

The work of the federal agencies is expected to take around nine months, and will probably involve the powerful lobbies of banks and financial institutions that see the crypto market as a dangerous rival to their financial hegemony.

Another topic of discussion will be whether or not to create a digital dollar, something the Fed has reportedly considered premature.

Crypto regulation is about to arrive in the US

Towards a digital dollar

In January, the central bank launched a public consultation on the advisability of issuing a digital dollar, which is now expected to get a further boost after Biden’s executive order.

The Boston regional Fed branch also published preliminary research on how a digital central bank currency might work from a technological standpoint, concluding that it was entirely feasible to complete such a project.

Boston Fed President Kenneth C. Montgomery also warned at the time about the risks to US financial stability of not regulating stablecoins. This concern about stablecoins had already been expressed earlier by former President of the Fed, Secretary of State Janet Yellen.