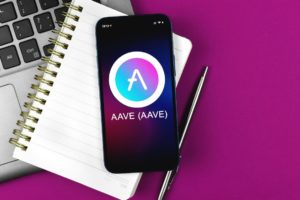 A few days ago, Brazil’s central bank, Banco Central do Brasil (BCdB), published the list of nine projects selected to be monitored as part of the initiative related to the development of the Real Digital, i.e. its CBDC. Among these projects, Aave stands out.

It is flanked by a handful of other crypto projects and a number of traditional finance projects such as Banco Santander Brasil and Visa do Brasil. The other two crypto projects are Bitcoin Market and VERT.

Aave for a CBDC project in Brazil

BCdB’s initiative is called Lift Challenge Real Digital, and was launched by LIFT, or Fenasbac’s Financial and Technological Innovations Lab, in collaboration with Brazil’s central bank.

The objective is to bring together market players interested in developing a minimally viable product (MVP) that meets certain requirements regarding the development of a digital currency of the central bank.

In fact, the theme of this edition of the LIFT Challenge is “Real Digital”, with the aim of evaluating use cases for a CBDC and its technological feasibility.

Among the use cases, LIFT also explicitly lists decentralized finance (DeFi), and it is likely that this is the reason for Aave’s involvement.

Of the nine projects selected, only Aave and Visa do Brasil deal specifically with DeFi, and Aave was selected because it “collects assets from multiple savers (forming a liquidity pool) with a focus on offering loans, ensuring that these transactions comply with the rules of the financial system”.

The Brazilian Real has lost value

To date, no other public information is known about it, partly because the Real Digital project is still in the high seas. In fact, it is still in the feasibility study, but cryptocurrencies have been spreading in Brazil for a long time.

It is possible that the loss of value in recent years has attracted Brazilians to Bitcoin, although since the last big BTC bullrun the real has not significantly lost value against the dollar.

There has been talk of central bank digital currencies for a number of years now, and in theory, the recently concluded Beijing Winter Olympics should have been the launchpad for the Chinese one. Instead, CBDCs seem to be struggling to take off, perhaps because they are too similar to digital versions of the current fiat currencies.