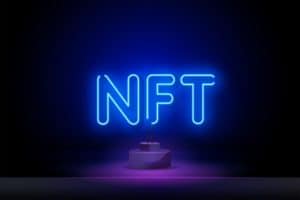 NFTs have become major players in South Korea’s presidential election race. Even candidate Yoon Suk-yeol has launched his own collection.

Korean Conservative Party candidate Yoon Suk-yeol has launched a special collection of NFTs in the hope of appealing to young people in particular.

According to reports, Yoon has launched 4,000 NFTs representing him, minted on the Aergo Blockchain, and now for sale on the CCCV marketplace with prices starting at around $40.

In reality, more than 22,000 of these NFTs are expected to be released in total.

His main contender, the other candidate Lee Jae-myung, a member of the Democratic Party, like incumbent President Moon Jae-in, had already launched his collection of NFTs both to raise funds and to bring younger people closer to politics. Basically, he accepted donations in cryptocurrency and those who donated received NFTs depicting him in return.

The Korean case is not the only one. In the United States, congressional candidate Shrina Kurani decided to use NFTs in her election campaign, with the aim of demonstrating that the crypto space is not just about crime-related activities.

Presidential elections will be held in South Korea on March 9

Returning to South Korea, the presidential elections are close: voting takes place on 9 March and there are 14 candidates contending for the role of head of state. However, the competition is narrowed down to the two NFT-friendly candidates: Yoon Suk-yeol and Lee Jae-myung. Both have no parliamentary experience.

However, Lee Jae-myung does have political experience, having been mayor of Seongnam and governor of Gyeonggi province. His political offer aims to introduce a universal basic income and to maintain a conciliatory foreign policy with North Korea.

The conservative People Power Party chose former prosecutor Yoon Suk-yeol, who has become a celebrity for his fight against corruption. Despite the fact that the election campaign has suffered several unforeseen events, including the involvement of a shaman, it may please the electorate that wants North Korea to become denuclearized and have more secure borders.

The scenario is quite unpredictable. These two names have never before gone so far in South Korean politics, so the only certainty so far is that the winner will be a game-changer.