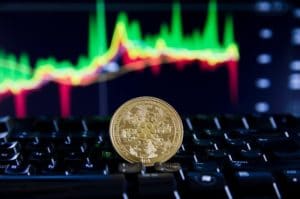 Cardano and Project Catalyst’s Fund8 of $16 million in ADA

Cardano has launched its $16 million ADA Fund8 for its innovation engine called Project Catalyst. Proposals to be evaluated for funding will have a deadline of March 17, 2022, at which time ADA could experience price fluctuations.

Cardano: what is Fund8 of Project Catalyst?

Reportedly, Project Catalyst, which began as an experiment of collaboration, competition and raising human potential, has become the largest decentralized innovation fund in the world.

The goal of the campaign is to accelerate the growth of the ecosystem by providing resources to fund new opportunities.

In practice, a global community comes together to propose, evaluate and ultimately decide which submitted proposals should be funded.

Among the various types of proposals are applications of decentralized finance (DeFi) or RealFi, establishing an ecosystem of products that remove the friction of real-world business and provide cheaper credit/financial products for real people.

ADA has experienced a price drop in the past three months

What is happening to ADA’s price

The current Fund8 with incoming proposals that will have a deadline of March 17, 2022, will not only reveal the results for this quarter as well, but also what price changes ADA might undergo.

Indeed, the historic crypto has always been followed by its investors for its fundamentals and, through Project Catalyst, Cardano’s idea is to invest in the community and its development. Something that could also bring increased interest from investors.

At the time of writing, the eighth crypto by market capitalization, has followed a bit of the trend of the main cryptocurrencies, seeing a drop in price over the past 3 months. ADA has gone from being worth $1.35 to $0.80, with a high of $1.60, and a low of $0.77. That’s nothing compared to the almost $3.00 it touched in early September 2021.

Certainly, Project Catalyst and its Fund8 of $16 million in ADA is a sign of recovery for Cardano’s followers, who understand that the price is made by the market but also by the project which, in this case, continues to focus on the community and its development.

At the end of last month, Cardano saw an increase in volumes and transactions, despite the price of ADA.

In fact, the reasons for this increase were the creation of decentralized apps such as MuesliSwap, the first DEX on Cardano, followed by SundaeSwap, a DEX AMM (Automated Market Maker) and Minswap‘s DEX.

DripDropz, a token distribution system on Cardano, also contributed to the increase in volumes and transactions.

Finally, the first birthday of SpaceBudz, one of the very first NFT collections on this blockchain, is also part of this trend.

The post Cardano and Project Catalyst’s Fund8 of $16 million in ADA appeared first on cryptodailynews24.com.