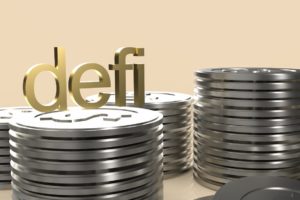 Over the weekend, some well-known DeFi protocol devs announced that they have decided to quit their work on the DeFi protocols they have been working on.

These are Anton Nell and Andre Cronje.

Andre and I have decided that we are closing the chapter of contibuting to the defi/crypto space.
There are around ~25 apps and services that we are terminating on 03 April 2022.
1/3

He then commented by saying:

“Unlike previous “building in defi sucks” rage quits, this is not a knee jerk reaction to the hate received from releasing a project, but a decision that has been coming for a while now.

Thanks you to everyone that supported us over the past few years”.

Today’s day on the crypto markets is bearish, so there were no major recoveries.

Yearn Finence (YFI) is at a loss

However, there are also a few rare cases of DeFi tokens up from seven days ago, such as Osmosis (OSMO) +5%, THORChain (RUNE) +30%, and most notably Terra (LUNA) which is up 62% in the last two weeks.

For several weeks now, the DeFi world has been shaken by big movements, almost always in a negative direction. It is possible that too many new DeFi projects have emerged in the past two years, and that many of them are beginning to become unsustainable.

The case of ICOs

Something like this had already happened between 2017 and 2018 with ICOs, with the vast majority of projects turning out not to be good or even bad, although some survived.

At this moment, it seems that a new phase of “cleansing” in the DeFi sphere has been triggered, similar in some ways to that of 2018 ICOs, from which a relatively small number of successful projects are likely to emerge.