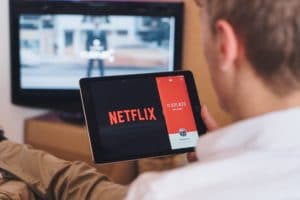 Netflix expands into gaming and acquires Next Games

Netflix acquires the mobile games developer and publisher based in Helsinki, Finland, Next Games for €65 million. The global streaming giant is now expanding into the gaming sector.

Netflix to acquire Next Games for €65 million

According to Michael Verdu, Netflix’s new Vice President of Games, the global streaming giant is ready to “develop games around the world” and is doing so by acquiring Next Games.

Here’s the announcement from the Finnish game developer on Twitter:

Next Games is the Finnish studio behind “Stranger Things”: Puzzle Tales, a story-driven puzzle role-playing game (RPG) inspired by one of Netflix’s most-watched series.

Netflix and Next Games to expand into gaming sector

Former Facebook employee Michael Verdu made statements on the matter:

“Next Games has a seasoned management team, strong track record with mobile games based on entertainment franchises, and solid operational capabilities. We are excited for Next Games to join Netflix as a core studio in a strategic region and key talent market, expanding our internal game studio capabilities. While we’re just getting started in games, I am confident that together with Next Games we will be able to build a portfolio of world class games that will delight our members around the world”.

Verdu also added that Helsinki is one of the home cities of the world’s best mobile game-makers. Due to its proximity to other European cities with great talent, it will also help bring in-house game development capabilities.

Netflix’s goal is to establish a portfolio of world-class games – with no ads and no in-app purchases – that will be enjoyed by everyone around the world.

“We have had an unwavering focus to execute on our vision: to become the partner of choice for global entertainment businesses and craft authentic and long-lasting interactive entertainment based on the world’s most beloved franchises. Joining forces with the world’s largest streaming service, Netflix, presents an opportunity for a logical and exciting continuation of our strategy to craft interactive experiences for the world to enjoy. Our close collaboration with Netflix on Stranger Things: Puzzle Tales has already proven that together we create a strong partnership. This is a unique opportunity to level-up the studio on all fronts and continue on our mission together”.

This choice by streaming giant Netflix to dive into the gaming sector could be the result of a downward trend it is experiencing.

Doug Anmuth, an analyst at JPMorgan, released his analysis on Netflix whereby there had been a decline of 2.3 million new Netflix subscribers in the last quarter of 2021.

Not only that, Anmuth also predicted a lowering of the user estimate for the first quarter of 2022, namely from 6.5 million to 5.5 million, also lowering the target price from $750 to $725.

The post Netflix expands into gaming and acquires Next Games appeared first on cryptodailynews24.com.