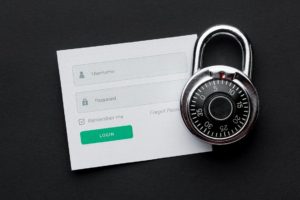 Choosing passwords that are easy to remember could be a double-edged sword, especially when you consider that they may be among the most easily hackable passwords because they are leaked on the dark web.

‘123456’, ‘Iloveyou’, ‘Qwerty’… are just some of the 20 passwords identified by Lookout, a mobile security company, as the most common ones, which you absolutely must change if you don’t want to be hacked.

Dark Web: what are the 20 most hackable passwords

According to CNBC, a cybersecurity report by Lookout describes that there are 20 passwords that are easiest to be hacked, because they are leaked from confirmation emails on the dark web, leading to identity theft. Here’s the list:

If you were to use one of the above passwords for any of your online accounts, it would be best to change it to something more secure as soon as possible.

To create a more secure password, computer security experts often recommend choosing something longer than the recommended minimum number of characters, and using uncommon characters – such as punctuation marks or other symbols – instead of letters and numbers, to make the password harder to guess.

Another peculiarity addressed by Lookout is the reuse of the same password for several different accounts. If the hacker were to succeed in hacking one account, he could then hack all the accounts of the user using the same password. Hence, it is better to diversify.

Finally, when choosing a password, it is best to remember that a lot of our information is online, like details concerning family, for instance through social networks, or dates of birthdays, anniversaries and names of cities where we have lived or where we were born. It is best not to use publicly available personal words for your password.

In this regard, the US Department of Commerce’s National Institute of Standards and Technology also recommends comparing your passwords with online lists of compromised passwords and using multi-factor authentication, among other security tactics.

The Cyber-War between Russia and Ukraine

While we search for the best password to work, study, shop, or deposit money without getting hacked, on a global geopolitical level, the cyber-security situation has also touched on the ongoing war between Russia and Ukraine, also referred to as the cyber-war.

Anonymous, in fact, took the field on 24 February to breach Russian sites such as Com2com, Relcom, Sovam Teleport, and Ttp Teleport Moscow, which were attacked in a DDoS (Distributed Denial of Service) attack, but not only.

The post Dark Web: the 20 most easily hackable passwords appeared first on cryptodailynews24.com.