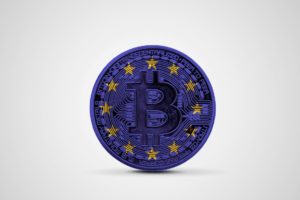 A few weeks ago, a proposal was made to add a rule to the Markets in Crypto Assets (MiCA) legislative package being discussed in the European Parliament to attempt to restrict Proof-of-Work (PoW) in the 27 member states. This would effectively ban Bitcoin mining in the European Union due to its energy impact.

No ban on Bitcoin mining in Europe

This regulation was removed from the MiCA, as reported by its proposer, MEP Stefan Berger.

According to Berger, the reason for the deletion is that the MiCA report should not be misinterpreted as a de facto ban on Bitcoin.

“It would be fatal if the European Parliament were to send the wrong signal by voting under these circumstances”.

He further adds that he will make another attempt with all stakeholders to reach a compromise that provides crypto assets with a proper legal framework without calling PoW into question.

Why it is pointless to ban PoW

On the other hand, at the beginning of February, a study was published which revealed that stopping Bitcoin mining would not bring any significant improvement to the environment, thus making the ban totally unnecessary.

At this point, the proposal to ban PoW would have no real advantage, and indeed would have the disadvantage of driving the EU out of the mining business, in which the US is now very active.

So MiCA is still being pursued, but without the loopholes that could lead to de facto Bitcoin bans. The EU cannot really afford to ban Bitcoin, especially if such a ban would not even lead to real environmental benefits.

The best solution is shown by the US, which is not only the single largest country mining Bitcoin, but is also showing how it can be done with little to no environmental impact.

Technological innovation is also about finding better solutions to existing problems, and in this the mining of Bitcoin can in some ways act as a spur to find better substitutes for fossil fuels.