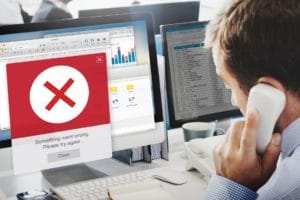 No blocking of Russian accounts on crypto exchanges

Crypto exchanges are not obliged to freeze Russian accounts

Right now, in fact, Russians have problems using fiat currency, especially for international transactions, but in fact, they can still freely use cryptocurrencies.

While no one has the ability to block P2P transactions in decentralized cryptocurrencies like Bitcoin or Ethereum, it is still possible for centralized exchanges to take action to block their users’ accounts.

However, cryptocurrency exchanges are not obliged to intervene or at least limit the activity of their Russian clients, so for now, they have decided not to take sides and not to intervene.

For example, Kraken CEO Jesse Powell has publicly stated that he understands the reason for Fedorov’s request and that he has a deep respect for the Ukrainian people but adds that the exchange cannot block users’ accounts without a legal obligation to do so.

1/6 I understand the rationale for this request but, despite my deep respect for the Ukrainian people, @krakenfx cannot freeze the accounts of our Russian clients without a legal requirement to do so.

Russians should be aware that such a requirement could be imminent. #NYKNYC https://t.co/bMRrJzgF8N

However, Powell added that Russians should be aware that sooner or later, such a legal obligation might come, and it might even be imminent.

So for now, the cryptocurrency exchanges are not intervening, also because, at this moment, such an intervention of theirs might not be legitimate, but it might just be a matter of time before the government forces them to do so, and legally.

Powell also explained that the request could also come from the Ukrainian government itself, as happened in recent weeks with Canada, or from the United States.

He also took the opportunity to specify that the vast majority of holders on Kraken are against the war and that Bitcoin is the embodiment of libertarian values.

“Our mission at @krakenfx is to bridge individual humans out of the legacy financial system and bring them into the world of crypto, where arbitrary lines on maps no longer matter, where they don’t have to worry about being caught in broad, indiscriminate wealth confiscation.”

At this time, there is no evidence that any cryptocurrency exchange has yet unilaterally decided to block the accounts of their Russian clients’ accounts without a formal request with legal force.

The post No blocking of Russian accounts on crypto exchanges appeared first on cryptodailynews24.com.