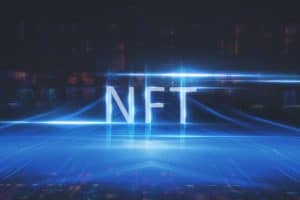 Today’s NFT News involves country music star Dolly Parton and her ‘Dollyverse’ metaverse and Pplpleasr’s Shibuya video platform that uses Ethereum NFTs to fund and decide on movies. Not only that, Axie Infinity’s popular blockchain game has also received criticism from its gamers over the news that it will increase the transaction fee from 4.25% to 5.25%.

Country music star, Dolly Parton is diving into the metaverse by creating ‘Dollyverse‘, in collaboration with bestselling author James Patterson, to bring NFT music and artwork during SXSW 2022.

I am pleased to announce I will be performing at @sxsw for the first time! @JP_Books and I will also be talking about our new novel #RunRoseRun and its companion album. Join us on the "blockchain" on March 18th where you can watch it all live! https://t.co/nirF0hcjen pic.twitter.com/QYQHY4VDOI

“I am pleased to announce I will be performing at @sxsw for the first time! @JP_Books and I will also be talking about our new novel #RunRoseRun and its companion album. Join us on the “blockchain” on March 18th where you can watch it all live! https://welcometodollyverse.com/dolly“.

Parton and Patterson co-wrote the novel titled “Run, Rose, Run”, while only the country star would write and produce the accompanying music album. SXSW or South by Southwest is a music and film festival that takes place every spring in Austin, the capital of Texas.

Behind the Dollyverse is FOX Entertainment’s Blockchain Creative Labs and blockchain company Eluvio. In fact, all NFTs in the Dollyverse will be minted on Eluvio’s blockchain, a proof-of-authority Content Fabric, compatible with Ethereum.

From music and artwork to films. Pplpleasr’s Web3 video platform Shibuya is using Ethereum’s NFTs to help fund films, through voting and decisions by users.

Launched yesterday, Shibuya is an Ethereum-powered “direct-to-community” video platform that allows creators to fund their films and webseries and, more importantly, have their backers decide the creative direction of each project.

The first webseries launched with Shibuya is “White Rabbit”, inspired by the anime of co-founder Maciej Kuciara, a concept artist who has worked on numerous Marvel Studios films (including “Spider-Man: No Way Home”) along with other Hollywood blockbusters.

Each chapter of the webseries will have its own NFT Pass, allowing owners to decide the course of the narrative as the full film gradually takes shape. For the first chapter of “White Rabbit”, Shibuya is selling 5,000 total NFT Passes at 0.08 ETH (about $235) each with a maximum of five per wallet.

An NFT acts as a deed to a unique digital object, and can be used for things like images, video files, interactive video game items and more.

The popular Blockchain game Axie Infinity, one of the first to introduce play-to-earn, has received criticism from its gamers for increasing transaction fees in honour of a reward program for creators.

According to its developer Sky Mavis, Axie Infinity will increase the transaction fee from 4.25% to 5.25% from 7 March.

On March 7, the Axie Marketplace fee will update to 5.25%. This will provide a sustainable source of funding for marketing & growth initiatives going forward: Axie creator codes!

“On March 7, the Axie Marketplace fee will update to 5.25%. This will provide a sustainable source of funding for marketing & growth initiatives going forward: Axie creator codes!”

The reason is the new creator rewards program, whereby the developer will set up a system that allows Axie players to enter a code from a certain content creator – such as a streamer or influencer – and that extra 1% will be paid to that creator.

The increase will be applied to all transactions on Axie Marketplace, which runs on Ronin, a custom sidechain scaling solution built on Ethereum. The new reward model for creators is already being used by other online games such as Fortnite and Roblox.

Of course, if players don’t enter the creator code when they buy on Axie’s Marketplace, the entire 5.25% goes into the community treasury which will then be invested in marketing activities to promote the blockchain-based game.

This news has obviously been quite criticized by gamers, partly because of the general situation of the crypto market in full bear market and secondly because this decision was not submitted to the vote of the Axie Infinity DAO, through AXS, the governance token of the project.