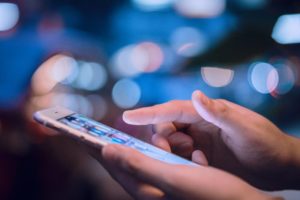 Mobile Advertising in Italy will approach €2.4 billion in 2021, more than half (56%) of all Internet advertising sales, establishing itself as the best alternative to the elimination of third-party cookies.

This and much more from the report of the Internet Media Observatory of the School of Management of Politecnico di Milano on online advertising.

According to the report of the Internet Media Observatory of the School of Management of Politecnico di Milano on online advertising, it seems that the not-so-distant scenario will be “cookieless”, i.e. without cookies.

Specifically, the report shows how advertising on the Internet could change in 2022, also calculating that in 2021, in Italy, Mobile Advertising has recorded increasing numbers, touching 2.4 billion euros and representing 56% of the sector.

In this regard, Andrea Lamperti, Director of the Internet Media Observatory specifies the numbers:

“2021 closed with a total advertising revenue of €9.5 billion, which represents the highest value ever recorded in the last decade. An integral part of this exceptional result was digital advertising, with over €4.2 billion in sales. The driving force behind this growth has been the many SMEs that, due to the lockdown, have had to reinvent themselves by taking advantage of the opportunities offered by digital channels”.

Continuing with his explanation, Lamperti confirms that there will be a gradual farewell to cookies and a study on which are the best alternatives, able to profile the user for targeted advertising campaigns.

Mobile advertising as an alternative to the cookieless scenario

In general, data collected through smartphones is increasingly central: 85% of Italian companies include mobile in their advertising plans. This is why Nicola Spiller, Director of the Internet Media Observatory, also stated the following:

“the deprecation of third-party cookies will have strong implications on Multi-Touch Attribution, as it will significantly impact the structure of the elementary data input to these models”.

This means that in a scenario without cookies, it will be the data collected through the Mobile Advertising ID (MAID) that will be of greater importance.

In fact, the mobile advertising market has more than doubled in value over the last four years (+117%), confirming its position as the main device for the use of Internet advertising, with a weight of 56%.

Dwelling on the crypto sector, in the regulatory sphere, and in the face of numerous online scams, countries such as Spain and Great Britain, from this early 2022 would have inserted new rules on crypto advertising.

In fact, the Spanish government said in its official bulletin that advertisers and companies trading in crypto will have to inform the public agency CNMV (Comisión Nacional del Mercado de Valores), which oversees the financial markets, at least 10 days before launching their advertising campaigns.

The situation is different in the UK, where the UK government’s decision is to subject cryptocurrencies to the same laws as advertising for traditional financial products.