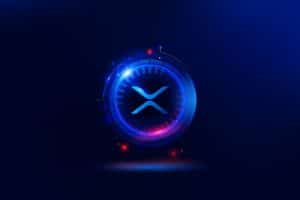 The lawsuit between Ripple and the SEC has a new chapter, the so-called Estabrook notes. These are notes about a meeting that took place in 2018 between Ripple Labs CEO Brad Garlinghouse and a SEC commissioner, Elad Roisman.

However, the SEC has objected to the use of these documents.

It was on November 9, 2018 when Brad Garlinghouse met with Commissioner Roisman with whom he evidently talked about XRP itself. According to the SEC, the outcome of that meeting, contained in the Estabrook notes, does not need to be disclosed, because Garlinghouse is aware of it, since he was present. In addition, the notes are said to be nothing more than an analysis for possible regulatory input to the SEC.

However, the SEC itself was in favour of the disclosure of the memorandum concerning the meeting between Brad Garlinghouse and Jay Clayton, who was at the time head of the Securities and Exchange Commission. According to Ripple’s lawyers, this double attitude of the SEC is explained by the fact that the Estabrook notes probably do not find arguments in its favour.

That’s why in a letter yesterday, Brad Garlinghouse’s lawyers asked Judge Sara Netburn that this attitude of the US authority not be tolerated.

According to crypto lawyer Jeremy Hogan, all this shows the SEC’s weaknesses:

“the SEC has no evidence AT ALL about the meeting but can only argue that Garlinghouse’s testimony is “self serving” and… ALL testimony is self serving. That’s very x2 weak sauce. By which I mean to say, whatever the Judge rules, the SEC is already dead here”.

The price of XRP

Meanwhile, the price of XRP seems to be benefiting from the good market performance. XRP is currently up 7% over 24 hours, and gains 12% in a week.

Ripple’s token seems unaffected at the moment by either the lawsuit against the SEC or international tensions.

Despite remaining far from the all-time high of more than $3.8 put in January 2018, XRP investors, judging by the price trend, are not being affected by the legal affairs. Indeed, they are perhaps even optimistic that the ruling could definitively recognize XRP’s status, which may differ from being a security.

If Ripple were a security

If the opposite were to happen, with a ruling that the sale of XRP tokens is comparable to the sale of securities, this would have at least three implications:

The post Ripple-SEC lawsuit, truth in the Estabrook notes appeared first on cryptodailynews24.com.