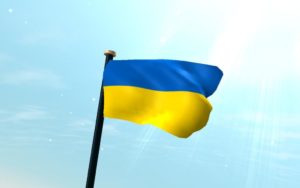 Ukraine DAO is the new initiative by Pussy Riot, Trippy Labs and PleasrDao to raise funds using Ethereum NFTs to support Ukraine after the attack by Russia.

our goal is to raise funds to donate to Ukranian civilian organizations who help those suffering from the war that Putin started in Ukraine.

we'll be buying an NFT of Ukrainian flag.

much support and love to Ukraine

“Welcome to @Ukraine_DAO. Our goal is to raise funds to donate to Ukrainian civilian organizations who help those suffering from the war that Putin started in Ukraine.  We’ll be buying an NFT of Ukrainian flag. Much support and love to Ukraine

This is a fundraiser via Ethereum-based Non-Fungible Tokens (NFTs) depicting flags of Ukraine.

Nadya Tolokonnikova, political activist and Putin critic and founder of Pussy Riot specified the choice of the Ukrainian flag “because it’s not about any specific artists or aesthetics—it’s about something much bigger than all of us, it’s a pure gesture of solidarity”.

The launch will consist of 10,000 Ukrainian flag NFTs minted on Ethereum, with all proceeds benefiting the Return Alive Foundation and the NGO Proliska. In addition, a unique NFT – also of the flag – will be issued to allow larger contributors to participate.

Ukraine DAO: who are Pussy Riot, Trippy Labs and PleasrDao

Pussy Riot is a Russian feminist punk rock protest and performance art group based in Moscow, founded in 2011.  The group has staged provocative unauthorized guerrilla concerts in public places, on themes including feminism, LGBT rights, and opposition to Russian President Vladimir Putin and his policies.

Trippy Labs is a digital artist and founder of Entopic, who recently worked with SuperRare and FreeRossDAO to curate an NFT collection featuring original art by Silk Road founder Ross Ulbricht.

PleasrDAO is a collective of digital artists and collectors who are acquiring culturally significant pieces of art with a charitable twist. The group is named after digital artist Pplpleasr.

On the subject of pro-Ukraine donations, Tolokonnikova also said:

“Activism is the only reason I joined Web3,. Now, when I’m so deeply ashamed of my government, I simply have to try to help Ukrainians”.

On the night of 23-24 February 2022, Russia bombed Ukraine’s capital Kiev and other cities. What can be called “the beginning of a war” has already shown its effects in the financial markets.

Already on Thursday, 24 February, the Asian financial markets that were already open, recorded sharp falls, and the same happened to the European markets at the opening.

The crypto world was also affected by Putin’s attack. The price of Bitcoin fell to just above $34,000, returning to the situation at the end of January. Within 24 hours, the price of BTC had risen over 10% to $38,500.