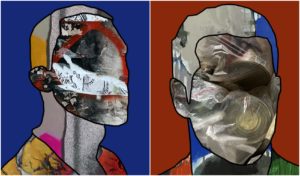 The Nemesis: the interview with Skygolpe in the Cryppo World

Like every Friday, this evening we will have another interview with the artist Skygolpe in the metaverse of The Nemesis, specifically in the Cryppo World.

Last week we had as guest the artist Giuseppe Veneziano, and the previous weeks featured Giuseppe Lo Schiavo, Paola Pinna and Emanuele Dascanio, to name but a few.

The interview will be broadcast in Italian at 9.30 PM (CET) this Friday. Sign up on Cryppo’s Discord channel to ask your questions. The best ones will be asked to Skygolpe during the interview.

Cryppo’s metaverse on The Nemesis

These Friday interviews are only published in the Cryppo metaverse on The Nemesis, the virtual space created specifically for the NFT collection created by cryptodailynews24.com.

These events will therefore only be accessible in the so-called Nakamoto Vulcan, which from now on will only be accessible to holders of Cryppo NFTs (at least 1 in the wallet with which one has to log in on Nemesis to enter). In this case, the NFT becomes a sort of entry ticket.

In doing so, only Cryppo holders will be able to participate and ask the guests their questions. After a week or so, a trailer of the interview will be published on cryptodailynews24.com channels.

Cryppo is thus following its own roadmap, giving more and more benefits to the participants of its community.

Join us every Friday inside the Nakamoto Vulcan of the Cryppo metaverse on The Nemesis!

The post The Nemesis: the interview with Skygolpe in the Cryppo World appeared first on cryptodailynews24.com.