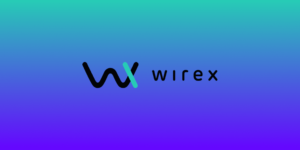 “Wirex Wallet is becoming more and more multi-blockchain: we have just added Polygon to the app!”

With this announcement on its website, the leading cryptocurrency payments company Wirex has announced the addition of the Polygon blockchain applied to its wallet.

Sick of high gas fees? Save $$ by swapping between blockchains.

Wallet users will now have access to the Polygon blockchain, along with the Ethereum, Avalanche, Binance Smart Chain and Fantom blockchains, as well as the Bitcoin blockchain already on the app. The ability to access Polygon is reserved for now only for non-custodial wallets, launched in 2021.

Wirex currently has a worldwide presence, with around 4.5 million users. This new extension is the first step in the company’s plans to enter the world of crypto and DeFi.

“Polygon combines the best of Ethereum and sovereign blockchains to address issues with other blockchains hindered by network congestion, high gas fees and slow transaction speeds, without forfeiting security. Combined with the innovation and reliability of the Wirex Wallet, the addition of Polygon’s system will give Wirex Wallet users access to one of the most versatile blockchains on the market”,

reads the company’s blog to announce this important news.

Polygon is an Ethereum-based second layer that enables fast and, above all, very inexpensive transactions and is becoming increasingly popular in the cryptocurrency world, precisely because of its low fee costs and scalability.

Last September, the Coinbase exchange announced that it was working to implement the Polygon blockchain on its app to lower the transaction costs of the Ethereum blockchain.

Present in 130 countries Wirex, founded in 2014 by CEOs and co-founders Pavel Matveev and Dmitry Lazarichev, has now become the leading company in cryptocurrency payments, with the launch of its native utility token (WXT) and becoming the first company to introduce a cryptographic reward scheme (Cryptoback), which earns cardholders up to 2% with the cash back system in WXT, for every transaction made.

In 2021, in an effort to open up to the attractive metaverse and DeFi market, Wirex launched its first non-custodial wallet, thanks in part to a partnership with Nereus, a decentralized liquidity marketplace.

“At Wirex, we want to give crypto users access to the best innovations within the sector, and implementing the Polygon blockchain gives customers more flexibility to choose lower-cost options within DeFi and crypto”,

Arjun Kalsy, VP of Growth at Polygon, commented on the news stating:

The post Wirex adds Polygon blockchain to its wallet appeared first on cryptodailynews24.com.