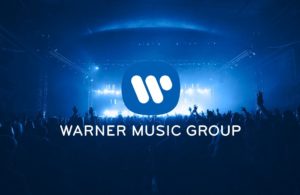 Music giant Warner Music Group (WMG) is teaming up with blockchain game developer Splinterlands to offer new opportunities for its artists, such as creating play-to-earn games that involve the use of crypto tokens.

“I don’t think we can underestimate how massive the opportunity around P2E gaming is. Our partnership with Splinterlands pulls focus to our artists and their music as we all work together to develop and maintain tokenized games. As we build, we will be unlocking new revenue streams for our artists while further solidifying fans’ participation in value created”.

Blockchain games are rapidly increasing in popularity. DappRadar estimates that by the end of 2021, blockchain games will make up half of the entire industry.

Focusing on play-to-earn games, the ability to monetize by playing, thanks to blockchain technology, is an opportunity that more and more industry players are considering.

Non-Fungible Tokens (NFTs), which have real value and allow players to trade, sell or rent whatever they earn in the game, are becoming increasingly popular.

Splinterlands currently runs the world’s most popular blockchain dApp game called Splinterlands. Jesse “Aggroed” Reich, co-founder and CEO of Splinterlands also made a comment about it:

“Warner Music Group is a leader in the music industry. They are innovating the music industry to meet the standards set by Web 3.0 community members. We’re thrilled to be working with them and I look forward to new collaborations at the intersection of gaming, music, crypto, NFTs, DeFi, and blockchain”.

Last month, music giant Warner Music Group also entered into a partnership with The Sandbox, the metaverse on Blockchain, with the aim of creating a music-themed world.

It’s a combination of music theme park and concert venue, the Warner Music Group LAND inside The Sandbox, which will feature concerts and music experiences with WMG’s main roster of artists.

Not surprisingly, WMG is one of the world’s largest music companies, comprising hundreds of top artists and labels including Atlantic, Warner Records, Elektra and Parlophone.

Immersive experiences with The Sandbox will allow Warner Music artists to engage with their fans, as well as reach out to The Sandbox’s global community and generate new revenue streams and new forms of virtual entertainment.