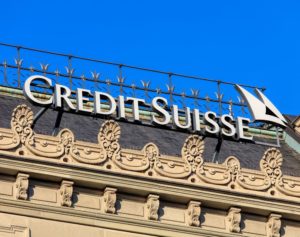 Credit Suisse and the scandal of criminal accounts

A recent leak from Credit Suisse has revealed that the bank’s clients include a number of criminals, fraudsters and corrupt politicians.

This was revealed by The Guardian, which accessed details of 30,000 of the Swiss bank’s accounts around the world.

The lengthy exposé uncovered information about the owners of £80 billion held in Swiss bank accounts, leaked by a whistleblower who wanted to denounce bank secrecy laws as “unethical”.

Among these clients were found to be human traffickers, billionaires who ordered murders, drug trafficking, money laundering, corruption and other serious crimes, as well as an account owned by the Vatican that invested €350 million in allegedly fraudulent investments.

Credit Suisse, according to this information, could even be called a “rogue bank”, but the bank rejects this infamous accusation. It argues that this is selected information taken out of context, resulting in biased interpretations.

According to The Guardian, the information reveals “widespread failures of due diligence by Credit Suisse“, despite repeated efforts to eliminate dubious clients and illicit funds.

According to the bank, most of the transactions are old, in some cases dating back to a time when the laws were very different from those of today, but The Guardian claims that more than two-thirds of the accounts involved were opened after 2000. Whereas the disputed transactions would have been carried out before 2010.

The timing of operations

The real issue is probably the timing.

Until a few decades ago, Swiss banks used to hide behind banking secrecy in order to be able to offer their services to dubious or even criminal clients. But things have changed in recent years, so much so that Switzerland has now been removed from financial blacklists.

The problem with the information released by the whistleblower is that it not only shows that the bank continued to allow dubious transactions until 2010, but that some of the suspicious clients are still being served by the bank today.

Although the bank denies the allegations concerning its current operations, the fact remains that what has been discovered reveals dense connections between criminals and the traditional banking world. In such a scenario, it seems at least laughable to accuse cryptocurrencies of facilitating illicit transactions, while it seems that these can also be carried out comfortably in fiat currencies thanks to compliant banks.

The post Credit Suisse and the scandal of criminal accounts appeared first on cryptodailynews24.com.