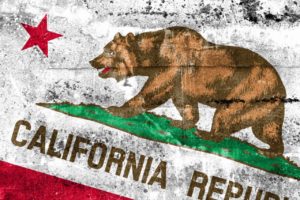 Bitcoin legal tender could be a reality in California

California, capital of American technological development and world leader in the sector, is certainly a place where Bitcoin and crypto in general are perceived as normal.

In this regard, Democrat Ian Calderon (former state assembly majority leader and now political advisor) with the help of crypto expert and investor Dennis Porter has presented a very interesting bill.

The Calderon-Porter bill aims to turn Bitcoin into a legal tender in the sunny state.

According to American legislation, however, there is some doubt as to which body, whether the central state or the individual states, is competent to make such a decision.

Arizona and the island of Tonga are also in the race to use and make Bitcoin legal tender.

On Twitter, the real hotspot of the crypto world, there has long been a discussion on how to bring stability to digital currencies as well as their pros and cons.

Calderon’s tweet on the famous bill triggered a pandemonium that ignited the confrontation between pros and cons, which ended up even bringing up racism.

Aarika Rhodes (US congressional candidate for the 32nd district in California) is trying to oust politician Brad Sherman who apparently refuses to confront her because of the colour of her skin, as reported by Ryan Selkis of Messari, but the point of contention between the two is precisely the dispute over the adoption of BTC as legal tender.

The direction taken in California

According to Crypto Head, the Californian jurisdiction is ready to adopt BTC.

Crypto Head, which among other things compiles a ranking of the states most ready to adopt Satoshi (BTC) as legal tender, has placed the US state of Los Angeles at the top of the list.

Outperforming New Jersey, Texas, Florida and New York with an excellent 5.72 on a scale of 0 to 10, the Bay of Angels is well above the national average.

Technically, the approval of the bill does not make cryptocurrency a legal tender as in the state of El Salvador, but it does make it possible to accept payments, even large ones, and above all makes it possible at an institutional level.

The rest of the world

But how is the situation in the rest of the globe?

The general feeling at institutional level is that there is a widespread awareness that cryptocurrencies will have to be dealt with, and even if in different directions, states are moving accordingly.

China and Russia have opened up to this world, but are moving in an autarkic manner towards a virtual state currency, as are other countries around the world, while some are going in the opposite direction.

El Salvador, for example, has already adopted Bitcoin as its official currency and India and Turkey are also moving in this direction, California could beat it to the punch and boost crypto in general, we will just have to wait and see.

The post Bitcoin legal tender could be a reality in California appeared first on cryptodailynews24.com.