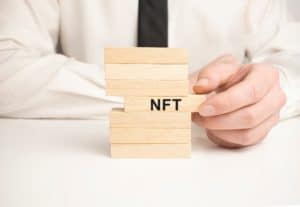 NBA Top Shot, a collaboration between the National Basketball Association (NBA) and Dapper Labs, has announced that it is auctioning off 30 new NFTs representing each NBA team and granting each owner a VIP Pass to the next five NBA All-Stars fan experience.

Not only that, music giant Universal Music Group (UMG) is working with Curio to launch Non-Fungible Tokens of record labels.

NBA Top Shot is auctioning off 30 new NFTs with VIP Passes, which include access to the next five NBA All-Stars for lucky future owners. Here’s the announcement on Twitter:

A groundbreaking 1-of-1 NFT, in partnership with the @NBA

And you can win it for free

“5 years of #NBAAllStar VIP treatment. Unprecedented access. A groundbreaking 1-of-1 NFT, in partnership with the @NBA. And you can win it for free”.

According to reports, in addition to the auction of the special 30 NFT All-Stars VIP Passes, there would also be a giveaway up for grabs that would allow one lucky fan to be able to win an additional NFT All-Star VIP Pass representing the NBA itself.

The giveaway is dedicated to NBA fans in the US and Canada who can enter the competition for free with a (new or existing) NBA Top Shot account.

Chances to win are offered during certain games, where fans will see an exclusive QR code appear during the broadcast that must be scanned in order to grant the fan extra access to the giveaway. The winner will be selected on Tuesday 8 March.

NBA Top Shot and the benefits for new NFT owners

The collection that runs on the Flow Blockchain also listed a number of benefits that future owners of the new 30 NFT All-Stars VIP Passes would have, incorporated into their unique Non-Fungible Token.

Starting with NBA All-Star 2023 in Salt Lake City, each NFT All-Stars VIP Pass owner will be able to gain access to the inside of the All-Star schedule via a virtual panel with the NBA, participate in the personalized All-Star itinerary with VIP support and have an exclusive invitation to an NBA reception. Also included are two tickets to the NBA All-Star Game and the State Farm® All-Star Saturday Night, which includes the AT&T Slam Dunk Contest, the MTN DEW® 3-Point Contest and the Taco Bell Skills Challenge.

The 30 auctions, in which all Top Shot users can participate, will begin Wednesday, 23 February at 8 PM ET. One NFT auction will be launched per day, with the launch organized by NBA divisions. Each auction will remain active for fans to bid on for seven days.

In other special news, this time for music fans, Universal Music Group (UMG) says it is working with blockchain company Curio to develop NFT collections for fans of its record labels and artists.

According to reports, the global leader in music-based entertainment appears to have chosen Curio, the leading Non-Fungible Token (NFT) platform for entertainment brands and music artists as a dedicated global platform for future NFT projects, with official licensing of UMG’s record labels, operating companies and artists worldwide.

“UMG and our labels are focused on developing NFT projects that authentically engage and speak to our artists’ fanbases and new audiences. With Curio, our labels will have a secure and dedicated platform to host these premium projects and provide new opportunities for collectors and fans from around the world to acquire unique pieces, inspired by their favorite artists and labels. UMG is focused on developing new opportunities in this space that place our artists and labels at the forefront, working to ensure that the evolution of Web3 provides exciting new avenues for their creativity”.