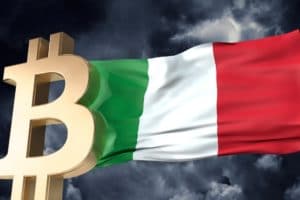 Cryptocurrencies in Italy, chasing crime in the absence of regulations

Cryptocurrencies are increasingly the focus of attention in Italy.

The fight against tax evasion and money laundering

After the signing of the decree imposing registration in the OAM register and a series of obligations to periodically report data on transactions and customers to be borne by basically any operator dealing with cryptocurrencies, in the guiding act of the MEF for the achievement of the fiscal policy objectives for the year 2022 – 2024, one of the declared priorities is to focus on cryptocurrencies, in order to fight evasion.

“to identify, also drawing on the experience of OECD countries and the European Union, new phenomena of evasion linked to the digital economy, with particular reference to the development of crypto-assets; to identify solutions that allow the Financial Administration to know the “flows” of data of transactions put in place through the intermediation of cryptocurrency exchange platforms”.

This spasmodic tension in affirming the need for capillary control over everything that happens in a blockchain raises several reflections.

The progressive enclosing of digital assets based on decentralized technology (whether cryptocurrencies, digital tokens or, today, NFTs) goes hand in hand with the growth and overall strengthening of the anti-money laundering legislation, which aims to dig ever deeper into any activity that has even the slightest relevance of a financial nature.

This means that, in some way, it is the child of that regulatory approach which has progressively asserted itself whereby, in the name of combating the threat constituted by the financing of criminal activities, all individual citizens are required to justify the origin and legitimate provenance of their finances every time they make an act of disposition of even the slightest significance on their assets and finances.

An approach that, in essence, takes the form of the dissemination of a number of checkpoints and sentinels in the world of trade: banks, financial intermediaries, professionals, all enlisted in this holy crusade to control the private finances of each individual.

A sort of inversion of the burden of proof, in respect of which the primary sanction is the inhibition of the ability to dispose of one’s assets: being thrown out of the circuit of financial relations is a moment’s notice.

On the other hand, the EU has repeatedly clarified that the use of cash is strictly functional to the exercise of the fundamental rights of the citizen, that it performs an irreplaceable task of social inclusion and that a rule that were to place a de facto limitation on the legal tender of the physical currency, would be contrary to the principles of the Union, as excessive and unreasonable restrictions by individual Member States could affect the monetary powers now reserved to the EU.

The case of the OAM decree is also a clear sign of this tendency, where the regulation goes far beyond the constraints and provisions of European legislation: while the European directives require member states to regulate and supervise only exchange activities and digital wallet services, the Italian legislation disproportionately broadens the scope.

As a result, in Italy, subjects who have almost nothing to do either with the activities of exchanging virtual currencies into fiat currencies, or with digital wallet services, find themselves subject to the obligation to register with the OAM and to send periodic communications on transactions with clients: consultants, miners, and providers of other services in any way related, risk being prevented from exercising their activities in Italy if they do not register and if they do not communicate information which, depending on the activities carried out, they may not be able to provide.

Beyond the petitions of principle, the real objective of this relentless hunt for information on names and transaction data on everything that moves in a blockchain is what is in fact explicitly stated in the MEF’s act of address on fiscal policies for 2022 -2024: namely that of pursuing “new phenomena of evasion linked to the digital economy” through what are defined as “crypto-assets”.

In Italy there is no specific legislation for cryptocurrencies

Cryptocurrencies in Italy: the absent legislation

It is well known that the theorem of taxation of capital gains generated by cryptocurrencies and other crypto-assets is the result of merely interpretative acts of the Revenue Agency, based on the axiom of equating cryptocurrencies to foreign currencies.

A thesis which, on closer examination, lends itself to very heated criticism, all of which has been promptly put forward by the most authoritative doctrine in the sector.

The same is substantially valid for the obligations of declaration of the crypto-currencies in the famous (or infamous) RW form: the existence of this obligation passes exclusively through an interpretation based, in a questionable way, on the formulation of the instructions of compilation of the income declaration which, if read carefully, one discovers that it does not say what many claim it says.

Therefore, if the phenomena linked to the digital economy deserve all this attention on the front of anti-money laundering legislation, what is it that blocks the production of tax rules that take into account the many particularities of completely deregulated assets, such as cryptocurrencies?

This is certainly not helped by the profound distance between the attitude of a tax authority that shoots at anything that moves and a certain extremism that is widespread in the crypto world, which does not give in on the non-taxability of income generated by cryptocurrency transactions, relying on the fragility of the thesis of their assimilation to foreign currencies and on the opposite axiom of the nature of cryptocurrencies as a means of payment.

Perhaps the time has come for these two opposing sides to start talking to each other in a serious manner and to be willing to review their respective positions on the crypto world.

On the other hand, however, one has to reckon with the objective circumstance that the original function of cryptocurrencies, as a means of payment, is overridden in practice by their widespread use as a means of speculation. How many people do you know who use Bitcoin and Ethereum to go shopping?

Thus, a meeting point could be to converge on the creation of a balanced tax regime that, both in terms of formal obligations and in quantitative terms, takes into account the technological and practical particularities of the various types of crypto assets. Maybe with a nice amnesty on the past, just to clear the field of doubts and uncertainties.

The post Cryptocurrencies in Italy, chasing crime in the absence of regulations appeared first on cryptodailynews24.com.