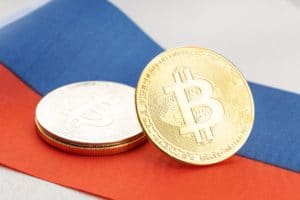 Yesterday, news broke that Russia’s new cryptocurrency regulation would ban their use as means of payment.

This new regulation is expected as early as this week, so the news has generated some apprehension.

However, it should be pointed out that the source of this news is not official at all and that it did not really say that Russia will ban the use of cryptocurrencies as a means of payment.

At this moment in time, it actually does not seem that there is still a final text of the new law, but only a draft still being developed. However, given that it should be officially presented to the Parliament in the coming days, this draft should be considered almost final.

The news about the possible ban on the use of cryptocurrencies as a means of payment in Russia was reported by the president of the Russian Union of Industrialists and Entrepreneurs (RSPP), Alexander Shokhin, during a meeting dedicated to digitalization.

Shokhin said that the new law would be a way to reduce Russians’ interest in cryptocurrencies, also stating that along with the digital ruble, several problems and risks associated with cryptocurrencies can be eliminated.

With these statements, the president of the RSPP seems to have failed to understand that the digital ruble certainly cannot be considered a competitor to, for example, Bitcoin and that Bitcoin itself certainly is not primarily a means of payment.

However, the fact remains that the draft seems to want to discourage the use of cryptocurrencies by Russians. On the one hand, it would make them perfectly legal, while on the other hand, it would make their use more complicated. For example, Russians holding cryptocurrencies would be forced to declare what they own, to use only authorized and regulated domestic exchanges connected only to domestic bank accounts, and to declare all transactions above a certain minimum value.

This new bill will be unveiled at the end of the week but may be subject to changes later, so much so that its main architect, Anatoly Aksakov, claims that it may not be passed anytime soon.

The main goal of the new law would seem to be to bring the possession and trading of cryptocurrency in Russia out of obscurity, most likely so that it can be taxed without Russians being able to avoid paying taxes on it.

Furthermore, the secondary intention seems to discourage its alternative use to the ruble.