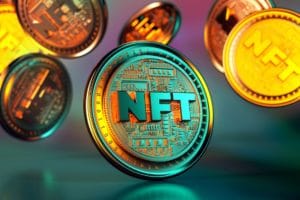 The first NFT seizure in history has probably taken place in the UK by HM Revenue and Customs, the UK’s tax collection agency.

The fraud that led to the NFT seizure

According to the BBC reports, The agency has arrested three people who attempted a £1.4 million scam. To recover this sum, £5,000 and three NFTs whose value has not been determined were seized. It is also not known what works are involved.

The agency reports that the people arrested had used sophisticated methods to hide their identities and operate with false invoices to do illegitimate business.

The case, according to Economic Crimes Branch Director Nick Sharp, serves as a warning:

“A warning to anyone who thinks they can use crypto assets to hide money from HMRC. We constantly adapt to new technology to ensure we keep pace with how criminals and evaders look to conceal their assets.”

Bitcoins can be tracked

The pseudo-anonymity of cryptocurrencies and digital assets

This affair is yet another demonstration that cryptocurrencies and digital assets, such as precisely NFTs, are not anonymous at all. It is also the answer to those who believe that they can be used for criminal purposes.

As the case of the UK tax agency shows, digital assets are perfectly traceable and seizable, so those who have an interest in using them for criminal purposes cannot feel safe from the authorities.

It is also a confirmation that non-payment of taxes can move the authorities to intervene without hesitation.

In fact, there have been many crypto-themed tax frauds over the years. After all, the Microsoft scam that saw an ex-employee arrested for stealing gift cards that were later converted into cryptocurrencies was discovered precisely because the scammer had made omissions in his tax return.

John McAfee himself in the US was accused of tax evasion.

The boom of the NFT industry could not go unnoticed by authorities around the world. According to nonfungible.com, it generated $21 trillion in volume in the last year with a total of 30 million sales at an average of $719 each.

Law and tax authorities are watching these impressive numbers closely, looking for crimes and taxes to collect.