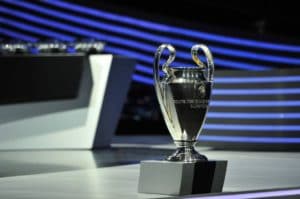 The brand of the blockchain company will enjoy increased exposure, while through exclusive experiences and additional rewards, there will be a potential increase in the value of the Socios fan tokens.

The famous blockchain company for fan tokens, Socios.com, has announced it has been chosen by the governing body of football, UEFA, as the Official Fan Token Partner of:

Not only that, Socios.com has become a Regional Sponsor of the UEFA Champions League and UEFA Super Cup for the 2021-2024 cycle in the United States.

“We are thrilled for a market leader like Socios.com to become UEFA’s first Fan Token partner,” said Guy-Laurent Epstein, UEFA marketing director. We are always looking for innovative partnerships, including with the growing cryptocurrency and blockchain-based fan engagement market. With rich experience working with some of the top sports organisations around the world, it is clear that partnering with Socios.com is an ideal fit. We look forward to a fruitful relationship over the course of the next three seasons”.

On Twitter, Socios also announced that UEFA Club Fan Tokens are available exclusively to fan token holders of clubs participating in the Champions League and other related tournaments. This means that UEFA fan tokens are not available for purchase.

We are thrilled to announce that UEFA Club Competition Fan Tokens are coming to the Socios App.

Fan Tokens will be exclusively available for free to Fan Tokens holders of clubs participating in the @ChampionsLeague, @EuropaLeague & @europacnfleague.#BeMoreThanAFan pic.twitter.com/dKiwHGoznR

“A New Era. We are excited to announce that UEFA Club Fan Tokens are coming to the Socios App. Fan Tokens will be available exclusively and free of charge to Fan Token holders of clubs participating in the @ChampionsLeague, @EuropaLeague & @europacnfleague. #BeMoreThanAFan”.

These include VIP trips to UEFA events at the start of the season, visits to UEFA headquarters, virtual meetings with UEFA legends, match tickets, merchandise and memorabilia.

On this point, Alexandre Dreyfus, CEO of Socios.com. said:

“This ground-breaking partnership is a result of UEFA and Socios.com’s shared commitment to embracing innovation and technology to enhance the fan experience in sport,” said Alexandre Dreyfus, CEO of Socios.com. Thanks to this new alliance, hundreds of millions of fans around the world will have the opportunity to become more than spectators and play active roles in the biggest club football competitions on the planet through Fan Tokens”.

Socios.com’s current entry into the world of UEFA is yet another success for the blockchain company behind the Fan Token.

To date, more than 120 major sports organizations have partnered with Socios.com through Fan Tokens, including top football clubs, Formula 1, Ultimate Fighting Championship and various teams from the NHL, NBA, NFL and MLS.

For example, at the beginning of July 2021, Socios.com became the new sponsor of Inter FC. The team’s management chose the blockchain company as the successor to Pirelli, the 26-year sponsor of the Milanese team.