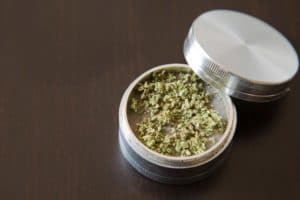 The creator and owner of the NFT, Richard Lee, named his Bored Ape “Crypto Painter” and licensed it for the new cannabis product Crypto Gelato.

According to reports, it seems that being the owner of a Non-fungible Token from the Bored Ape collection can make a difference in other industries as well.

Such is the case with Richard Lee, owner of BAYC NFT #768, a big-eyed primate with white fur, a blue hat, and a silver hoop earring, which in California made his NFT the best seller of a cannabis company.

His first step in making it famous was to ask California cannabis company Backpack Boyz to add his monkey on the bag of a new cannabis flavor, Crypto Gelato and put it on sale.

Richard Lee, who goes by the exact name @cryptopainter on his socials, shared the announcement as follows:

Lee is a former Hollywood visual effects artist. Thanks to the success of his Bored Ape NFT from Crypto Painter, he now seems to have a new cannabis-related licensing deal in the works with another major pot company.

There would also be two other non-cannabis-related deals in the works, and Lee would like to license his monkey to a local political candidate.

Recently, extensive research was done on the founders of Bored Ape Yacht Club by BuzzFeed News, which managed to unveil two names of the four founders of the multi-million dollar NFT collection.

They are Greg Solano (alias “Gargamella”), who is a 32-year-old writer and editor, and Wylie Aronow (alias “Gordon Goner”), who, instead, is a 35-year-old Florida native.

The identity was confirmed by Yuga Labs, the company that produces BAYC, and its CEO Nicole Muniz.

Still unknown, however, remain the other two founders with the aliases of “Emperor Tomato Ketchup” and “No Sass.”