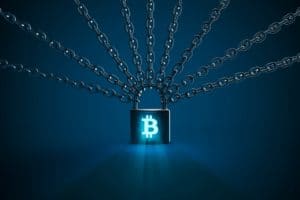 Bitcoin scam in Spain: the warning of the CNMV authority

Unfortunately, today we have to report on yet another scam, this time in Spain, that tries to leverage the potential and popularity of Bitcoin.

At the heart of the affair is the CNMV, Spain’s securities regulator.

In the last few hours, the office has issued a notice, mainly addressed to its fellow citizens, informing them, through an official statement, of the presence of someone posing as a non-existent CNMV anti-fraud department, asking for information and offering to sell Bitcoin on its behalf.

How the scam works

The press release explains that the fraudsters carry out the extortion through very persuasive phone calls, initially asking for some personal information from the victims and only later offering to buy Bitcoin.

In order to be more credible, the crooks also specify that the cryptocurrencies in question have been confiscated from a company indicted by the Spanish courts.

In Spain, scammers pretend to be the CNMV to sell allegedly seized Bitcoins

The Spanish securities regulator (CNMV) is therefore trying to warn its citizens about a series of fraudsters presenting investment opportunities in disguise.

They also state that they have already reported this irregularity to the authorities, in order to identify the perpetrators and combat these initiatives.

The chairman of the department said:

“As soon as it became aware of the facts, the CNMV carried out several actions, including alerting the State Security Forces and Bodies”.

Therefore, as the Spanish regulator’s statements indicate, legal action will certainly also be taken against the parties carrying out these attempted scams.

Recommendations to avoid being scammed

The CMNV has also formulated a series of recommendations for citizens and asked them to contact the regulator directly in case of suspicious activities.

In addition, the institution has advised users to check that emails received under their own name originate from the cnmv.es domain so that potential fraud attempts can be ruled out.

At the same time, the institution has also made it clear that it will never contact any citizen to present investment opportunities, so any such contact should definitely be considered suspicious from the outset and should be reported to the relevant authorities.

The post Bitcoin scam in Spain: the warning of the CNMV authority appeared first on cryptodailynews24.com.