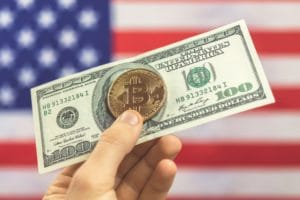 US: no special regulation for cryptocurrencies

Congress, the Fed and the US administration have been talking about the need for new regulation for cryptocurrencies in the US for months now.

In July, Fed Chairman Jerome Powell and Treasury Secretary Janet Yellen had talked about the need to quickly pass regulation on the crypto market. Powell in particular had spoken about the urgency in the regulation of stablecoins, whose increasing spread could represent a clear destabilizing element for traditional financial markets.

In this sense, it is also worth adding that for now, the United States does not consider it necessary to engage in a CBDC project, as also stated recently by the Fed president himself.

Powell likened them to money market funds or bank deposits, which have a strong regulatory framework in the United States.

“That doesn’t exist currently for stablecoins, and if they’re going to be a significant part of the payments universe – which we don’t think crypto assets will be but stablecoins might be – then we need an appropriate regulatory framework”.

No stringent crypto regulation coming to the US

Regulation demanded by the operators themselves

In a picture that is still quite uncertain from the US authorities, there are many proposals for a regulatory framework from the industry players themselves, such as the Coinbase exchange.

According to the same companies in the crypto world, a precise regulation could favor a healthy growth of the market in general, as reiterated in July by the team of the American exchange Kraken.

Recently, the White House itself has spoken explicitly about the need to quickly approve a regulation of the cryptocurrency market and in particular of stablecoins, to fight ransomware and other cybercrimes. A separate chapter dedicated to tax treatment for cryptocurrency trading and exchange was included in November’s Infrastructure Bill.

While at a central level the situation is still quite confused, and they are looking for a shared solution that does not need special arrangements compared to the one adopted for the traditional market.

Some federal states have already started passing some regulatory laws for the cryptocurrency market.

Florida, Texas and Vermont have already adopted some regulatory laws on certain cryptocurrency-related activities since the middle of last year.

California recently created an Office of Financial Technology and Innovation, which will take the lead in creating new rules specifically for the cryptocurrency market. In this way, the Golden State has a clear goal of encouraging consumer-friendly innovation and job creation, as well as cracking down on criminal and irregular crypto practices.

The post US: no special regulation for cryptocurrencies appeared first on cryptodailynews24.com.