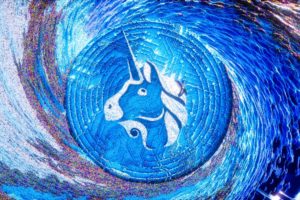 The news that Uniswap will develop its v3 on Polygon’s blockchain triggered purchases on Matic, its native token, which hit its all-time high in just a few hours.

The decision was taken following a vote carried out among users who owned the exchange token to understand whether or not they were in favor of the choice made by the company on the blockchain on which to leave their smart contracts. The result saw Polygon prevail by far with over 99.2% of the votes in favor, out of the approximately 72 million voters, as announced on the exchange’s official social profile:

The Uniswap community has voted to deploy v3 on @0xPolygon through the governance process.

Polygon was created as a blockchain that could solve Ethereum’s scalability issues, but unlike other similar blockchains such as Solana, Cardano, or Avalanche, it remains firmly anchored to Ethereum itself.

As often reiterated by the company, Polygon defines itself as:

“Aggregation of scalable solutions on Ethereum to support a multi-chain Ethereum ecosystem.”

The project developers aimed to create a kind of new Ethereum ecosystem, more scalable and economical, without having the ambition to replace it but forming a kind of its second-level blockchain (layer 2), which can be more accessible and economical.

One technology that adopts the Polygon network is the PoS Chain protocol, on the proof-of-Stake model. The blockchain uses its MATIC token as a bargaining chip within its ecosystem. After Uniwap’s news, Matic’s token price surpassed $2.5, its all-time high.

“With this implementation, Uniswap as Ethereum’s flagship project returns to its original promise and again offers low fees and open access to all.”

And this is actually a huge advantage for the exchange’s users, who, being of decentralized finance, govern the same thanks to the platform’s native token. Ethereum’s excessive gas costs had been the source of several user complaints in the past few months. According to BitInfoCharts, the average transaction fee on Ethereum has not dropped below $20 since the beginning of October.

Founded in 2018, Uniswap relies on Automated Market Makers (AMM) tools to allow users, without intermediary intervention, as in classic exchanges like Binance or Coinbase, to “trade” tokens with each other. All this happens thanks to the creation of a liquidity pool in which funds are deposited to feed the market.

The use of these platforms involves the payment of fees and network commissions, which are then distributed to liquidity providers based on their share in the pool. And that’s why the choice of Uniswap, which until now ran exclusively on ERC 20, points towards an increasingly efficient, convenient, and widespread Defi ecosystem among the cryptocurrency investment community.