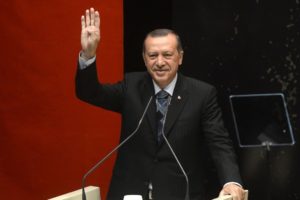 Turkey, Erdogan wants a forum on the metaverse

“It is a sensitive topic, a good and meticulous study should be done”, with this bare statement Erdogan explained his decision to order his party to organize a forum to thoroughly study the implications and possible uses of the metaverse in Turkey.

During the executive committee of the AKP, which is Turkey’s main party with 316 members of parliament and has controlled the majority since 2002, Erdogan reportedly spoke precisely about the need to study the metaverse and the world of cryptocurrencies related to it.

Ömer Çelik, the party’s spokesman and former minister, made the announcement to the press stating:

“A forum will be held in the near future under the chairmanship of our president. The technological, philosophical, political, and economic dimensions of these concepts (cryptocurrency and metaverse) will be comprehensively discussed”.

Turkey will study the Metaverse

Who knows if this could mean a paradigm shift by the Turkish president on the world of cryptocurrencies.

In September, to a specific question about a possible opening of the country towards cryptocurrencies, Erdogan answered in a firm and decisive way stating:

“On the contrary, we have a separate war, a separate fight against them. We would never provide support for cryptocurrencies. Because we will carry on with our own currency that has its own identity”.

The relationship between Turkey and cryptocurrencies

Surely this figure is also affected by the great inflation that the country has been going through in recent years, with the very heavy devaluation of the Turkish lira especially in the last two years.

Bitcoin and cryptocurrencies have become more and more popular in countries such as Venezuela, Argentina and Turkey, where the devaluation rates of national currencies are now at very high rates.

In the meantime, the project carried out by the Turkish central bank for a new digital state currency is proceeding at a fairly fast pace. In September, the Central Bank of the Republic of Turkey (CBRT) concluded agreements with the defense and technology companies Aselsan, Havelsan and the Scientific and Technological Research Council of Turkey to cooperate on the research and development of a digital state currency.

The first tests on the new digital state currency are expected to be completed by the first half of this year, according to the Turkish central bank.

The post Turkey, Erdogan wants a forum on the metaverse appeared first on cryptodailynews24.com.