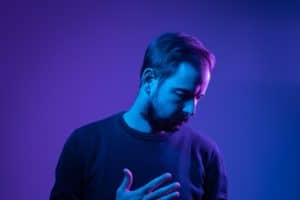 The NFT of the artist Bruno Cerasi, “a hymn to life” online from 14 February

Bruno Cerasi is an Italian artist who graduated from the Academy of Fine Arts of L’Aquila. In 2009 he lost part of his sight due to a stroke, but he did not let himself be discouraged.

The Hymn to Life by artist Bruno Cerasi

In fact, he started working with installations and spaces, abandoning painting and drawing, and focusing on light and shadow, used as the main elements of his artistic research.

During his ten-year career, he has already exhibited in several solo and group exhibitions and fairs, both in Italy and abroad, and now he has dedicated himself to a new digital project.

Bruno Cerasi’s art has been defined as “a hymn to life with its ebbs and flows“, which is an open dialogue with viewers, with the aim of communicating and building invisible, but perceptible, sentimental connections.

One of Bruno Cerasi’s butterflies

The new project is called Faded22/, and was born after the artist slowly began to lose his sight. The project recounts this very change, thanks to an algorithm that transforms into digital butterflies the response of the eye examinations he makes every month.

More precisely, the monitoring of his visual field produces numerical data and graphics that, thanks to the algorithm, will be transformed into colors generated by these same numerical data.

Each month a new digital butterfly will be available on the artist’s platform, Foundation, in NFT format. The first official drop is set for 14 February 2022.

In addition, an AirDrop is already underway via a whitelist open until 31 January accessible from the artist’s Twitter profile.

The butterfly has been Cerasi’s symbol since 2013 when he chose it to represent the overflow of information that surrounds us, and the paradox of being so distant from one another.

The post The NFT of the artist Bruno Cerasi, “a hymn to life” online from 14 February appeared first on cryptodailynews24.com.