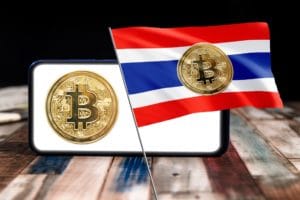 In a joint statement, the Bank of Thailand (BOT), the Securities and Exchange Commission (SEC) and the Ministry of Finance (MOF) issued a statement to express the need for prompt regulation of digital payments in Thailand, which are most prevalent in the country, and would include cryptocurrencies.

The need to regulate crypto payments in Thailand

“Digital asset business operators have expanded their business to cover services related to the use of digital assets as a means of payment for goods and services”.

The new regulation aims to protect users and consumers from the many crimes that are being committed through the use of cryptocurrencies in the Asian country.

5% of the inhabitants of Thailand own cryptocurrencies

Thai banks in the crypto market

According to recent data from the country’s central bank, around 3.6 million Thais are said to own cryptocurrencies, about 5% of the total population.

BitKub, the leading cryptocurrency exchange in Thailand, reported a 600% growth in 2020. In November last year, one of the country’s largest banks, Siam Commercial Bank, acquired a 51% stake in the exchange for $537 million.

But this acquisition was viewed with suspicion and concern by the country’s financial authorities.

“We don’t want banks to be directly involved in digital asset trading because banks are (responsible) for customer deposits and the public and there is a risk”.

Thailand is the second-largest ASEAN country as a share of fintech investment in the country, with 43% of investment focused on electronic payment services and 8% on Bitcoin and blockchain technology.

That’s why the country’s regulators are well aware of promoting a regulatory framework, which can defend users but without at the same time harming a sector that is becoming valuable to the country.

The secretary-general of the Thai SEC, Ruenvadee Suwanmongkol, said two days ago that the agency would therefore have an obligation:

“to promote the development of digital asset activities along with consumer protection”.

In early January, Deputy Director of the central bank Kasidit Tansanguan announced that the CBDC pilot project of the future would be postponed to the end of 2022, instead of the second quarter of the year as planned. According to some, this postponement is precisely due to the need to get a new regulatory framework on digital payments approved first.

The country has been working on a digital state currency since 2018 when the so-called Inthanon project was initiated. This is a joint initiative between the Bank of Thailand (BOT) and the Hong Kong Monetary Authority (HKMA) to explore the application of Distributed Ledger Technology (DLT) to increase efficiency in cross-border funds transfers.