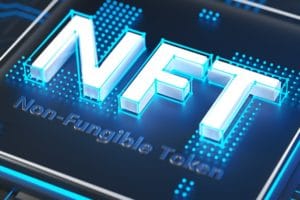 QuickNode: the platform that verifies NFTs on Twitter profiles

QuickNode is the blockchain infrastructure that verifies and validates the digital art ownership of Non-Fungible Tokens on Twitter’s new Profile Picture NFTs.

Behind the famous announcement of Twitter Blue (the section of Twitter dedicated to subscribers who spend $2.99 per month) regarding the possibility of integrating the new Profile Picture NFTs seems to be QuickNode’s blockchain platform, famous for its API that validates and verifies the ownership of digital art.

Beyond excited to power @Twitter’s new NFT Profile Picture feature on @TwitterBlue. Monumental moment for NFT & Web3 communities, Twitter and @QuickNode. Super proud of all involved in making this a reality and look forward to seeing your NFTs on Twitter! #NewNFTProfilePic https://t.co/92UmqPNMaB

“Beyond excited to power Twitter’s new NFT Profile Picture feature on TwitterBlue. Monumental moment for NFT & Web3 communities, Twitter and QuickNode. Super proud of all involved in making this a reality and look forward to seeing your NFTs on Twitter!”.

In short, Twitter Inc. has launched a new feature for its Twitter Blue users on iOS allowing NFT owners to show off their artwork as profile images in the form of a “soft hexagon.”

QuickNode’s support will let Twitter include a small indicator that the NFT has been validated, so everyone can see who really owns the Non-Fungible Token in their profile picture and who, instead, simply downloaded a JPEG.

All users are able to see a great deal of information about the NFT, just by clicking on the profile photo.

The Twitter Blue account, for example, has updated their profile picture with an NFT they created. When you click on it, you learn who produced it, what it is, what qualities it has, what blockchain it is stored on, and more.

“While demand for QuickNode’s platform as a provider of blockchain infrastructure continues to take off as more companies look to adopt blockchain as part of their product strategy, we’re excited to partner with platforms such as Twitter to deliver support for features like their recently launched NFT Profile Pictures. Through this new feature, we’ll help provide a means in which people on Twitter can show off the NFTs they own and be a part of its thriving community”.

Apparently, not all Twitter users seem to be happy with the new hexagonal avatar feature.

Not only that, in the comments, Musk criticizes the very investment of engineering resources that Twitter employed to make the hexagonal NFT avatars. The Tesla CEO, in fact, seems more focused on cryptocurrencies than Non-Fungible Tokens, despite the price drop this early in the year.