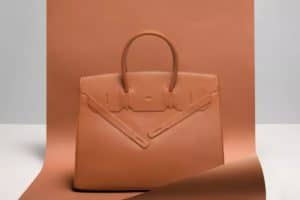 Famed French fashion house Hermès has sued Mason Rothschild, the creator of the collection of 100 MetaBirkins NFTs, which include images depicting furry renderings of the traditional Birkin.

The complaint accuses the artist of being a “digital speculator” who wants to get rich in the metaverse by stealing Hermès’ famous BIRKIN brand.

Hermès and the lawsuit against Mason Rothschild of MetaBirkins NFT

According to reports, it seems that Hermès is not standing by in the metaverse when it comes to its brand and its famous Birkin bags but rather, has acted by actually suing its creator.

Basically, Mason Rothschild launched the 100 NFT collection of MetaBirkins, the bags that represent the metaverse version of the famous Birkin by Hermès, adding the word ‘meta’ to the brand, thinking he could make it exempt from trademark infringement.

Not only that, the price of one of these NFT Art of designer bags in the metaverse, seems to have hovered around 42 thousand euros. Extra motivation for Hermès to sue the artist as follows:

“[Mason Rothschild] is “a digital speculator who is seeking to get rich quick by appropriating the brand MetaBirkins for use in creating, marketing, selling, and facilitating the exchange of digital assets known as non-fungible tokens,” which simply “rip off Hermès’ famous BIRKIN trademark by adding the generic prefix ‘meta,’” which refers to “virtual worlds and economies where digital assets such as NFTs can be sold and traded”.

The next day, Rothschild posted its response to Hermès on its social channels, including Twitter.

In the statement, Rothschild states the following:

“I’m not creating or selling fake Birkin bags. I’ve made at works that depict imaginary, fur-covered Birkin bags. […] I have the right to use the term MetaBirkins” to describe truthfully what that art depicts, and to comment artistically on those bags on the Birkirn brand”.

Following up with his comment, Rothschild then talks about NFTs as follows:

“the fact that I sell the art using NFTs doesn’t change the fact that it’s art. It’s quite clear from reading Hermès complaint that they don’t understand what an NFT is, or what NFTs do”.

In conclusion, the artist says that he does not feel intimidated at all by the French fashion house and that he will have no problem appearing in court.

NFT lawsuits: the case of Quentin Tarantino and Pulp Fiction

Towards the end of last November, the famous director Quentin Tarantino would also have received a complaint from Miramax.

Tarantino had announced that he was auctioning off seven never-before-seen scenes from the famous 1994 film, Pulp Fiction, as NFTs on OpenSea. The day after his announcement, production company Miramax said it was suing for copyright infringement.

Basically, Tarantino would not involve Miramax, which, instead, claims to have the rights to the film.

The Non-Fungible Tokens, called Secret NFTs, would have given buyers access to cut scenes and secrets from the film told by the director himself.