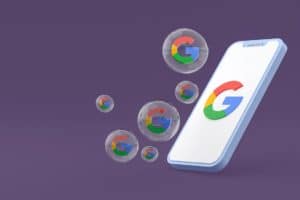 Google Cloud is looking to form a team of blockchain experts

Alphabet’s Google Cloud division is reportedly forming a team of blockchain experts to develop the technology as applied to its business, according to CNBC.

Google looking for a team of blockchain experts

“There are) things we can do to reduce the frictions some customers have with respect to paying for centralized cloud utilizing cryptocurrencies”.

Google’s cloud service already offers blockchain tools for developers who have the capability and interest in using them, and it has several customers in the industry, including Dapper Labs, Hedera and Theta Labs.

Thomas Kurian, Google’s cloud CEO, identified 4/5 areas where he believes blockchain technology could definitely have useful applications, and among them he mentioned retail and healthcare.

Both Amazon Web Service and Microsoft, the leading cloud service providers with more than 60% of the total storage services they offer, have long since adopted blockchain as well.

But even Youtube’s own CEO, Susan Wojcicki, wrote in a recent letter that the video service was inspired by Web3. In her letter, Wojcicki pointed out that it is now virtually impossible not to reckon with the success of applications such as NFTs or DeFi, for sectors such as gaming and entertainment.

“YouTube saw over 800 billion gaming-related views in the first half of 2021 with over 90 million hours live-streamed, and over 250 million uploads. The past year in the world of crypto, nonfungible tokens (NFTs), and even decentralized autonomous organizations (DAOs) has highlighted a previously unimaginable opportunity to grow the connection between creators and their fans”.

This reads in the lengthy letter from YouTube’s CEO.

Going back to Google, the first contacts between its cloud section and blockchain refer to 2020 with the collaboration with the company Theta Labs, a decentralized video streaming platform.

Also in 2019 Google Cloud included the possibility to share data from its Big query service on the Ethereum blockchain thanks to Chainlink smart contracts.

Now the search for a team of experts could be something of a turning point toward more blockchain involvement in the company’s business. According to reports from Bloomberg, Google has reportedly appointed Shivakumar Venkataraman to lead the new group.

The post Google Cloud is looking to form a team of blockchain experts appeared first on cryptodailynews24.com.