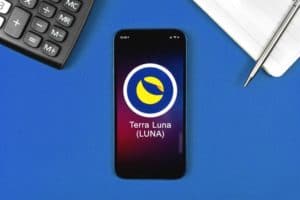 In fact, according to DeFi Llama’s data, the TVL on Terra has exceeded $20 billion, while that of Binance Smart Chain is stuck at less than 17.

In the lead obviously is Ethereum with almost $156 billion.

Until a few months ago, the second place of BSC was practically unassailable, but Terra, Avalanche, and Solana have started a fast climb that has led the first to overtake these days and the other two to get very close with about $ 12 billion LTV.

What’s surprising is that among these five blockchains, Terra is by far the one that hosts the fewest DeFi protocols: only 13. BSC hosts as many as 229, Avalanche 105, and Solana 41. Ethereum, on the other hand, obviously leads this ranking as well with 363 hosted DeFi protocols.

This means that, on average, over $1.4 billion is tied up in each of the 13 DeFi protocols hosted on Terra, compared to $73 million for the individual protocols on BSC.

Taking the lion’s share are Anchor (ANC) and Lido (LDO), as well as Terraswap.

The price of Terra

Recently, Terra’s cryptocurrency, LUNA, has also joined the top 10 cryptocurrencies with the highest market capitalization, coming close to $35 billion. Binance Coin, however, from this point of view, is still far ahead, with $90 billion, while ETH is uncatchable at over $480 billion.

In particular, the price of LUNA has literally exploded in the last year.

The protocol with the highest LTV is Anchor, which offers low volatility returns on Terra stablecoin deposits. It alone accounts for 42% of Terra’s TVL, with more than $8 billion tied up.

In second place is staked asset liquidity provider Lido, with over $6 billion, while in third place is decentralized exchange Terraswap. The latter has seen its LTV increase by over 95% in the last week alone, to over $2 billion.

Note that metaverse and gaming applications are also making their way onto Terra, such as StarTerra.

According to the CEO of Web 3 game company Spielworks, Adrian Krion, the demand for the LUNA token would mainly stem from the demand for UST, the algorithmic stablecoin on Terra that is minted by burning LUNA.