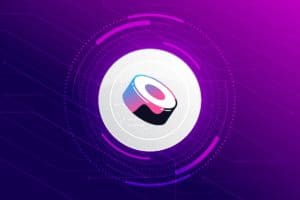 “Sesta” volunteers to work on Sushi

He did so by publishing a long post on the Sushi forum in which he states that the time has come to give Sushi additional resources and autonomy at a time when it is in great need.

The post states that Frog Nation has proposed to Daniele Sesta to join the Sushi project through a new service collective to help continue doing what Sushi has already done.

That is, the goal is to bring the DEX back to relevance.

Rise and fall of SushiSwap

In September last year SushiSwap was even able to overtake Uniswap, briefly becoming the world’s largest DEX by trading volume. However, it has now also been overtaken by PancakeSwap and Trader Joe.

To revive the project, a new service collective with its own discretionary capabilities was created to serve the DAO.

SushiSwap is going through a difficult time due to internal crises, but the entry of “Sesta” could give new impetus to the project.

Sestagalli is in fact behind some of the best projects on Avalanche, such as Wonderland and Abracadabra, but it remains to be seen how his proposal will be received by the Sushi community.

In fact, there is no unanimity at all towards this proposal, with several supporters and detractors.

The fact is that over the months, several developers who worked on SushiSwap have abandoned the project, so a relaunch is really needed to prevent it from falling behind the competition.

“Together we can move DeFi in the right direction where Sushi builds an accessible decentralized exchange, used on all chains by everyone”.