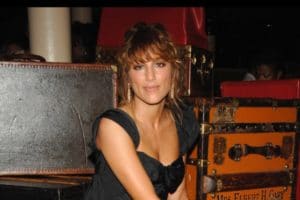 Jennifer Esposito, a famous American actress, is launching these days a new model of fundraising aimed at the creation of a feature film.

In conjunction with her directorial debut, Jennifer, in fact, has offered an exclusive sale of NFT to raise funds for her next film – “FRESH KILLS.”

The actress has partnered with award-winning NFT artist Gala Mirissa to create a collection for her upcoming film.

The NFT collection “FRESH KILLS,” which takes the same name as Esposito’s film, combines kinetic visual art with original music based on the powerful script of the film itself.

Alexander Bercow, Art partnership manager at OpenSea, commented on the event as follows:

“NFTs are at the forefront of a cultural and artistic revolution. Projects like Esposito’s are just the tip of the spear at disrupting the traditional film industry by democratizing access to production funds and offering new ways for filmmakers to interact and connect with fans”.

NFTs continue to show their potential

It is necessary to add that with the purchase of non-fungible tokens, the buyer will receive a unique piece of digital art and have the possibility to enjoy other benefits.

The NFTs of “FRESH KILLS” will, in fact, include benefits such as:

Jennifer Esposito and producers Alexis Varouxakis and Christine Crokos have adopted a new funding model, and “FRESH KILLS” will become the first feature film to be owned by a global fan base.

The potential of NFT

Once again, Jennifer’s initiative gives us confirmation of the infinite potentialities and fields of application of non-fungible tokens.

NFTs not only democratize the art world in the strict sense of the word; they not only allow emerging artists to make their way into the crowd but also give voice to fans who want to contribute in some way to the success of the films.