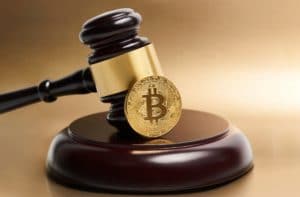 2022 the year of crypto regulation? It remains to be seen

Many newspapers have predicted that 2022 will be the year of regulation of cryptocurrencies and crypto assets in general. Classic publications such as Sole24ore, Il Fatto Quotidiano, but also blogs and online publications among the most followed in the cryptocurrency sector, have taken up and relaunched this prediction.

Reactions to the crypto market crash

The topic is addressed precisely when we witness a thud of the entire cryptocurrency market.

An event, this last one, that, naturally, has offered arguments to the many detractors of the crypto world, to those who indiscriminately paint cryptocurrency-based businesses as frauds and to those who invoke stringent, not to say suffocating, regulations for the entire sector.

Let’s try to take stock of the situation.

Rules to be written

As we have written many times, in Italy there is not a legislative framework dedicated to cryptoeconomics that is sufficiently clear, especially in terms of aspects concerning taxation.

In the Italian legislation, there is a set of useful legal definitions, such as distributed ledger technology, smart contract, or virtual currency.

In practice, however, not a single specific provision has been adopted on taxation. The application of tax obligations to those who make cryptocurrency transactions is still entrusted to a series of interpretive acts, the correctness of which the community of jurists has chorally contested. And this is true both for the subjection of eventual proceeds and capital gains to income taxes, and for the application of the regulations that impose monitoring obligations on foreign activities.

The only area in which the Italian legislator has shown considerable commitment is that of anti-money laundering, in which, in anticipation of European legislation, it has placed obligations on platforms and professional operators similar to those in force for financial operators in the strict sense.

Now, towards the end of 2021, a bill (on the initiative of MP Zanichelli, of the M5S group) and some proposed amendments to the budget law have been presented.

The bill has been left pending and no parliamentary activities of any kind are currently scheduled. In contrast, the proposed amendments to the budget bill were withdrawn during the passage process.

The only legislative event actually looming is the approval, at European level, of the so-called MiCA, the European regulation on crypto activities.

This is a complex body of legislation, but at the moment it is still at the proposal level, and according to some it would already be obsolete.

A first point, therefore, is that if 2022 will be the year of cryptocurrency regulation, to date we can’t see any tangible signs that support this prediction.

The case of Russia

On the other hand, Italy is not the only country navigating the uncertainty of the legislative future: consider for example what seems likely to happen in Russia.

Here, in 2020, a federal law was approved that went in the direction of legitimizing (under certain conditions) the circulation of cryptocurrencies also in banking circuits and regulated the authorization mechanisms for the performance of activities in cryptocurrencies.

Today, less than two years later, the position of the Russian Central Bank goes in the diametrically opposite direction. Which does not necessarily imply that the institute’s indications can be transposed into a legislative act, but it was certainly enough to give a significant impetus to the creation of FUD and panic that on a global scale impacted cryptocurrency listings.

Fraud in cryptocurrencies vs. fraud in traditional finance

A second reflection, then, concerns the pressure that is cyclically exerted on the world of crypto assets in Italy, where there are continuous warnings from the regulatory and supervisory authorities that recall the risk of fraud, the excessive volatility and instability of the market and the absence of the protections typical of the regulated market.

To those who agitate this kind of ghosts, trying to push savers to take refuge in the safety of conventional finance, at the cost of laughable returns, it is perhaps necessary to remember the painful event of the subprime crisis in 2007, that cataclysm that overwhelmed the world of finance, the world economy and sent millions of people under the bridge.

It hurts to remember, but this cataclysm was unleashed within what was thought to be the safe haven of institutional finance. That is, in a supervised and regulated environment, populated by (duly authorized) banking and financial players and overcrowded with regulators, audit firms and rating companies.

Entities that, with different roles, have systematically endorsed the work of those very banks and financial institutions, duly authorized and supervised, that have actually fueled the biggest speculative bubble ever.

For those who want to jog their memory but are too lazy to research, it is advisable to watch the documentary – investigation “Inside Job” by Charles Ferguson, 2010 (now available on Netflix).

The documentary traces with great clarity the steps of that catastrophe, up to the bankruptcy of Lehman Brothers and even beyond, and reminds us that most of the protagonists came out unscathed, if not even strengthened, while millions of people saw their life savings disappear.

Now, when the dangers of investing in cryptocurrencies are emphasized, because they are totally deregulated, perhaps we should ask ourselves why savers should continue to trust that conventional system which, when tested, failed and caused enormous damage for which no one was accountable. In that same system, all those who were called upon to supervise (from government agencies, to auditing companies, to rating companies) simply declined all responsibility and, in essence, got away with it.

And it cannot be said that the lesson has been thoroughly learned: since then, the overall regulatory framework for CDOs (collateralized debt obligations) in the US has not been significantly implemented.

And so, why should small investors trust that bloated apparatus that has proven to be incapable of protecting their investments, that gives them meager returns, over an exchange platform capitalizing in the tens of billions, that offers the prospect of greatly multiplying their initial investments?

Will 2022 be the year of crypto regulation?

There is no doubt that two wrongs don’t make a right: if all the elaborate (and very expensive) supervisory and control mechanisms have failed in the banking and financial world, this doesn’t mean that it is right to accept at face value the idea that the world of cryptocurrencies (which in fact caters to a large audience of non-professional or worse, improvised investors) will indefinitely remain a kind of Wild West populated by people ready to run away with the cash.

It is therefore necessary, first of all, to exercise a minimum of mental honesty and recognize that cryptocurrencies and related technologies, although originally born for non-speculative purposes, but as instruments of financial freedom and protection of the sphere of fundamental freedoms of the individual, today are concretely and widely used as speculative instruments and that the prevailing target of these speculative operations remain small savers and non-professional investors.

The idea may not appeal to those who, like the author, are fond of a certain libertarian vision of the crypto world, but this is a fact that goes beyond legal, interpretative and conceptual quibbles. A fact with which one cannot fail to come to terms.

No one says it’s easy, and maybe it’s even utopian to think so (considering what’s at stake) but maybe the time has come to make an effort to find a moment of synthesis.

In other words, perhaps the time has come for those who are at the opposite ends of this world to take a step forward and make a serious effort to understand how to write a set of rules that will offer the right protection to investors and savers, without those who handle cryptocurrencies being treated like drug traffickers. A set of rules that, on the other hand, takes into account the fact that an investment in cryptocurrencies or crypto assets is objectively not the same thing as trading in foreign currencies or government bonds.

It is the ancient art of compromise. A difficult compromise: there are many parties involved, they carry the burden of weighty interests, and it all has to be projected on a global scale. Difficult, yes, and yet, worth a try.

However, I wouldn’t bet a Satoshi on 2022 being the turning point in regulation.

The post 2022 the year of crypto regulation? It remains to be seen appeared first on cryptodailynews24.com.